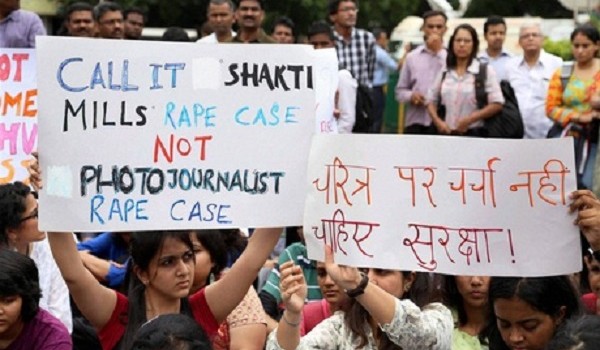 Why are you demanding justice?

Are you seriously afraid of breaking the law and going to jail? Then what makes you think criminals should be?

Sonia Gandhi expressed her disappointment over the Mumbai gangrape two days after the incident. As if there was any other reaction that we were expecting.

Or as if she had any other reaction to show.

Every time an unfortunate incident takes place in India, every one is ‘disappointed’. We are not just disappointed, we are also ‘disturbed’. We can’t sleep at night and we keep wailing out our helplessness. We ponder existential questions such as, ‘What has become of society?’

Post-December 2012, we woke up to how heinous a crime rape is. We pledged our support, we came out in large numbers for a change. And then we got slapped by a gangrape in a city that is considered to be the safest for women. And that is only because we as a society have not set our priorities right.

We are not aware of our own realities. Half of us would be shocked if we realised that there were 207 rapes in the city of Mumbai in 2012. And that is what the point is. We as a society think only when our media wants us to think. Other rapes don’t shock us or release the pent up anger in us, because those rapes were just rapes and not gangrapes. We define the scale of a crime by its brutality. We don’t notice it when it mushrooms slowly. After a gangrape, we scream, “Cut off their penises and hang them in public!” We furiously demand the death penalty for all rapists, because we think that is what can stop rape. But can anyone tell me how successful the death penalty has been in order to curb murders in society?

The simple point that I want to make is that it is high time for us as a society to start using our brains more than we use our hearts. If we want to discuss bringing about a change, we 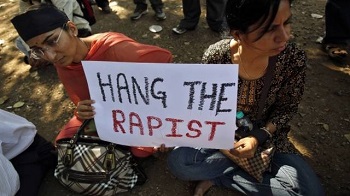 have to discuss solutions that are practical, not just an idea that looks great because it involves cutting and killing people and ending criminals, not their crime.

The first problem with India is that people are fearful of the Government, and not the other way round. The Government servants, the law and the politicians come out and threaten us and that’s why hooliganism prevails because there is no fear of law. Our systems are not with those being governed, but they work with those who govern others. In today’s day and age, are you fearful of not breaking a law? At least 90 per cent of people will say ‘no’ because they know that they have too many Gandhis in their pockets, that serves as a good aid to breaking the law. If people like us, who don’t wish to really break the law have no fear of the law, what makes you expect that people with a criminal bent of mind will fear it?

The second problem is: Do we ask ourselves a question before demanding answers? After the recent gangrape, millions of statuses were updated with posts saying, ‘I live in a democracy and I have the right to roam wherever I want to’. Before typing that, did you ask yourself what role you are playing in this democracy? Is your job over after spending five minutes at the polling booth every five years – and some of us don’t do even that. So where are you exactly in the whole scheme of governance? Tell yourself that you will have to take part in governance before you demand accountability from the Government. And yes, if you don’t have the time for all of this, just count the hours you spend on Facebook and attending parties. I am sure you can find half an hour a day in educating yourself and saving the country.

We crib about our helplessness and rape and murders and regionalism and recession and the falling rupee and inflation. I think it’s time that we start blaming ourselves for not instilling fear in our police authorities and our bureaucrats and politicians. Rape is a global crime, it happens everywhere. While it is definitely a value that we need to instill in our children and especially boys, where we must teach them to respect the womb that bears them for nine months, but at the same time it’s the duty of the citizens to instill fear in those who fail to educate themselves.

We can’t have animals running on the streets, animals who don’t fear hunters. We can’t kill them, for many others like them will only appear. It’s time we stand up for a cause and make everyone join in. We have to instill fear in those who don’t respect women.

Looks like a mammoth task? I will make it simpler. Just start with not laughing and giving high fives the next time you discuss the size of the breasts of your female colleagues.

Tags: gangrape in mumbai, gangrape of a photojournalist in mumbai, jatin sharma, overdose