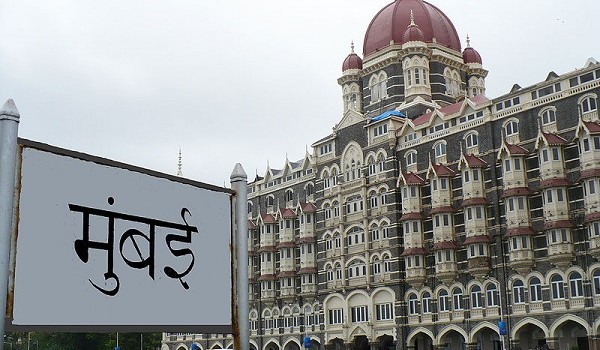 How to use Marathi in Mumbai

Using a few simple Marathi sentences in Mumbai can get your work done, even swing popular opinion in your favour.

It is true that you really can’t get by without knowing Marathi in Mumbai.

Languages were created by man for the purposes of communication. But as time passed by, languages transformed and developed their own personalities and individual identities. Languages became more than just a thought translated into words.

Sadly, as languages evolved, they also devolved into something else – they became tools to stereotype, and also an instrument to measure superiority.

In Mumbai, we see a mix of languages, but the one language that is in the news on and off is Marathi. This language has been the cornerstone of great literature and theatre in the 1970s, it became the flashpoint during the Sanyukta Maharashtra movement in the 1960s, it eventually became the language of choice for the city’s trader class. In a cosmopolitan mix of communities – you name it, the community is present and thriving in Mumbai – Marathi somehow held a firm grip on the city.

And today, knowing this language also gets the job done in Mumbai. It is no secret that knowing Marathi in Mumbai helps your files move 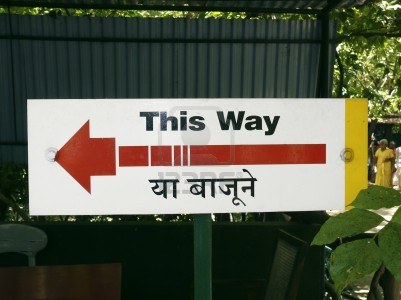 faster in Government offices. If you break a traffic rule, your overall penalty can be reduced with the use of a smile and a Marathi line: “Saheb maaf kara, mala jau dya (Sir, forgive me, please let me go)”. This line will, more often than not, result in a change of heart of the traffic policeman who will let you go after a warning in Marathi. Speaking in Marathi is so useful in escaping punishment after flouting traffic rules, that I have started believing that the fine you pay to the Traffic Police is inversely proportional to how much Marathi you know.

The first task that is a must for anyone in Mumbai looking to get their official documentation done is to learn Marathi. Start by learning a few sentences like, “Saheb, lavkar kara na (Sir, please speed it up)”, “Saheb, kuthe jau? (Sir, where should I go?)”, “Saheb, hey form kuthe deu? (Sir, where should I submit these forms?)”. Trust me, these are magic lines that will get you a swift reply. It is astounding, contrasted with the many times I have gone to Government offices and asked a question a million times in Hindi, only to see the official I am speaking to continue to bury himself in his files. I used to wonder if their ear drums were soundproof; then I spoke in Marathi and the official always looked up and answered.

Marathi also comes in handy when you’re looking to quickly build support during a public fight on a Mumbai street. Whether you are travelling in the train or arm wrestling with each other in the bus, it’s Marathi to the rescue. Many times when I have found myself in the middle of a fight, and when I’ve sensed that my opponent has an edge, I’ve simply dropped in a few Marathi words and prayed to God that he does not speak Marathi, too. And as if by magic, the use of something like “Gardi aahe, kay karnar? (It’s crowded, what can one do?” has resulted in most of the onlookers turning in my favour. 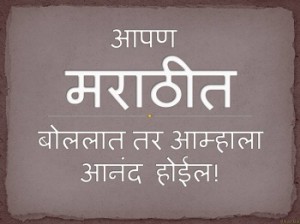 I’ve come to realise that using Marathi can be quite a lifesaving tactic in Mumbai. I employ the language at various places to get my work done faster. Believe it or not, Marathi even helps me get a vada pav faster than others at a stall.

This is truly a language that helps us aam aadmis connect. And these days, it is helping me get my Aadhar card made.

One Response to How to use Marathi in Mumbai