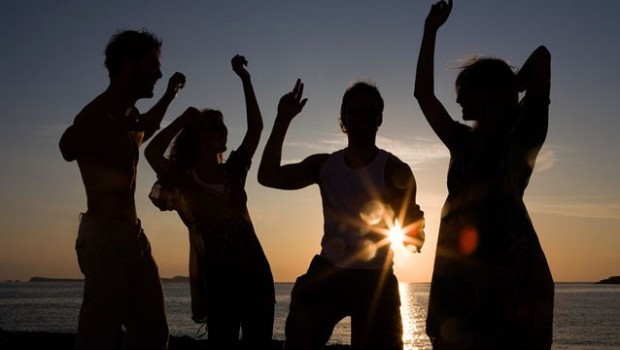 What drives people to such extreme steps, when, with some fortitude, they could have lived long and probably happy lives?

It has happened to a lot of people who faced the pressures of life. Sadly, it will continue to happen.

A young starlet took her own life in Mumbai recently. We are all aware of this news and just how much it shook the country. Sufficient amounts of shock were expressed on Twitter and Facebook, with everyone saying ‘RIP’. Everyone who remembered her thought that she went too soon, and those who had forgotten her and forgotten to believe in her, started believing in her at last.

The TV news showed shots of her with Amitabh Bachchan and Aamir Khan, interspersed with sombre music to show the loneliness in her life. Things would have settled down, but then her suicide note was found. After that, there were a few copycat suicides in the country; a copycat suicide is an effect where when a famous or known personality commits suicide, another person may read about it and follow its details and realise that they are in a similar situation and decide that suicide should be the end result for them, too.

Suicide is an escape route to end our worries, or sometimes, it’s a tool to prove a point. Either way, how stupid is that? I am sorry to say that 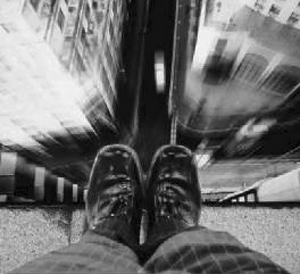 I am not amongst those who feel sympathy for those committing suicide – all I feel is disgust. My sympathies, if any, are with the victim’s loved ones.

I don’t feel disgust because my life is better than other people’s, but because there are several others whose lives are hell but they still live in hope.

I’m sure I’ll get a lot of flak for my supposed ‘insensitivity’, but let’s face it, suicide cannot be something that I or anyone else should support. Every time I think my life is tough, I look at those who don’t get enough to eat every day, those who are constantly kicked around by life in a million different ways, but they still hang on with a tenacity that inspires me. But we, the educated ones, are quick to crumble because we measure our lives in terms of money and possessions and a few important relationships. Take those away from us, and all is lost. Our education has still not shown us that the greatest relationship we can ever be in is with ourselves. So does it ever help to dislike ourselves, be bored to the extent of taking our own lives?

I’ve heard that before committing suicide, people slowly drive themselves to a miserable state where they make themselves believe that nothing good will ever happen to them ever again. Some people do this in the grip of some mental illness over which they have no control. But what about those who take the final step because of a failed relationship? How selfish and egoistic can one be, to commit suicide out of anger and disappointment over a failed relationship? 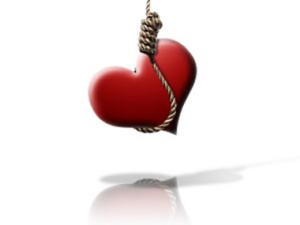 In our country, love, or the lack of it, still remains a big reason for suicide, especially among the youth. And I blame the media and the Hindi film industry for glamourising suicides. Right from the time we were young, our films reinforce the belief that a suicide attempt will get us the love of our lives, if the love of our lives has been a bit slow in seeing our undying devotion to them at first. It automatically follows that if Simran slashes her wrist, Raj will leave the bad girl he’s been hanging out with and run back to Simran. If the hero drinks poison, he will survive the incident and even show the girl what stern stuff he is made of. If you try to kill yourself, we are shown, your conflict will magically resolve itself.

When will people realise that life is not a movie? We are so intent on presenting a certain image of ourselves to the world, that we forget who we really are and stop loving ourselves. We easily forget that ‘past has passed and future, well, who cares about it?’ We make ourselves unhappy by trying to control the things that we can’t, by trying to be people we’re not. Why don’t we just loosen up and enjoy the ride?

A sentence that I came across when studying Sanskrit in Class 8 has stuck with me for life: ‘One’s mind should be like a chariot, and the reins should be in one’s hands.’ Have most of us figured out the chariot-and-reins attitude? Why does our mind keep endlessly wandering in a dream world, where we put ourselves at the centre of the universe and where we dictate what should happen to us and others? Isn’t a suicide attempt an example of this dream world we inhabit, where we kill ourselves in response to things not going our way? How involved we are in a dream, where killing ourselves comes as easily as signing a notes and going away forever, leaving our families behind for a lifetime of grief. 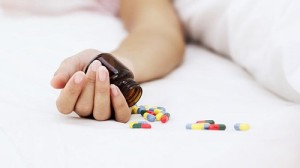 away at it till you succeed. Do you break your video game when you fail a level? If you do, you need help. Fast. If you feel the pressure, remember that are a good player. You know you can clear this level, and the next.

For the rest of us playing the game of life, the way I see it is that when we think it’s not working, we must see it as God’s way of telling us that we’re on the wrong track. So why not change the track instead of ending things right there? Ditch that lover who is cheating on you. Laugh at the enemy who creates problems for you. Respect yourself enough to embrace your troubles. Take it to the next level and celebrate your life.