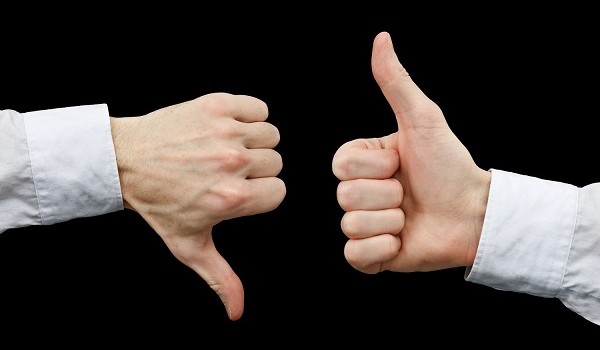 An ‘opinion’ is a pencil that sketches an individual’s mind map. Opinions are collectively responsible for seeding a society.

Let me use another metaphor to sum up what I want to say next: The jungle of opinions is currently being deforested. Sure, that sounds pompous and pretentious. But that’s what most of us have become.

Today, every individual – you included – is going through an information overdose. Look around you: whether it is the number of TV channels, YouTube videos, films or the number of posts on Facebook and Twitter, as a person active in the digital space, you are exposed to at least 250 communication messages a day, or even more.

You are constantly on your phone and you are watching the world every minute of the day. But this constant hammering of communication from the world has taken away our personal time from us.

Even our opinions are increasingly being diluted, due to the several messages we constantly receive. Many conspiracy theories float around as ‘facts’ and we start to believe them as the truth. A moderately well-written post backed by the wrong statistics makes us gloss over its inaccuracies, so entranced are we by the presentation. Slowly and steadily, we are all ‘following on’ the moment something goes viral on the Internet.

An opinion different from the others’, a video that is being circulated widely, anything that is even slightly ‘hatke‘ makes us align our opinions to go with the popular flow. We are extremely quick to jump on to the bandwagon, without asking the most important question of all: ‘What for?’

Take the ‘Je suis Charlie’ movement, for example. When it was launched in France, all the so-called ‘intellectuals’ in India changed their statuses on social media to ‘Je suis Charlie’. That is totally 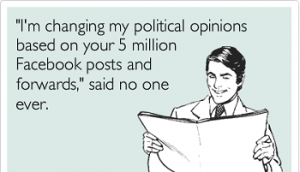 allowed, but how many of us asked some tough questions, told the Government to back off when the AIB roast got roasted? Most people I know, who had laughed heartily while watching the roast videos, later changed their opinion when actor Aamir Khan decided to term it as ‘violent’. And I don’t see any ‘Je suis Avijit’ posts following the killing of atheist blogger Avijit Roy in Bangladesh, either.

We are changing our opinions not just to align with what’s popular, but with what’s crueller, too. If what we say and write seeks to mock, to wound another (a case in point is how so many men, under the guise of humour, attack feminists in the crudest ways). There are still many more of us who will state the obvious (such as ‘We must respect animals!’) merely to get ‘Likes’ on Facebook. Our opinions, if we can in fact call them that, constantly swing from one side to the next, before finally settling on the majority’s opinion. The worst is, we actually believe that the majority’s opinion is our own.

Your opinion, arrived at after thought and reasoning, is your own and it embodies your mental prowess and maturity. But we are content to be swayed. And somehow social media and such an overdose of media in our life is draining us of our

It needs to be said, people: It’s time to unplug. 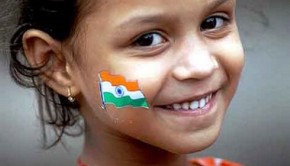