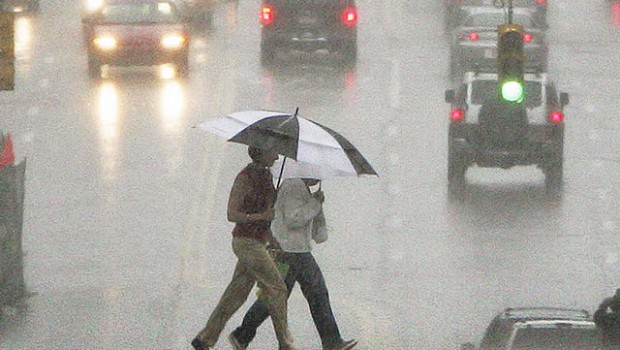 Jatin Sharma recently bought a new car, and he has lost respect for pedestrians already. Read on to know why.

When you buy a new car, you want to respect pedestrians. Mostly because you were one of them before you got your mean machine.

I recently got a new car. In my new-found love for pedestrians hoofing it while I drove by in style, I stopped at every signal, and when I would see them waiting to cross, I would drive to the side of the road and apply the brakes – only to realise that they were not always equally considerate towards me. They would keep crossing one after the other, and others would just jump out after seeing me stop for others. It was almost like it was a race to see who would cross in my front of my car first.

Another time, all the cars were whizzing by and no one was letting the pedestrians cross. My new good-driver soul made me stop. But instead of being thankful, everyone while passing started throwing abuses at me. They vented their frustration at having waited a long while, on me. Me, the guy who had stopped and let them cross. All of them looked at me in anger, also pulling a lot of faces.

This is a good time to insert a quote from Lawrence S Harris: ‘Are we taking drunken drivers off the road to turn them into drunken pedestrians?’

I  admit  that I just Googled this quote and I have no idea who Lawrence S Harris is and when he quoted this. But I am putting it out here because it is apt to what I’m about to say next.

Yes, pedestrians have every right to curse, abuse and torment the drivers in our country.  It has been observed that our country lacks basic discipline and respect for traffic rules. Whether it is lane-cutting or rash driving or the, ‘Yeh rasta mere baap ka hai‘ attitude of a driver, our traffic situation is clearly based upon the law of the jungle. Whoever is bigger and powerful rules the roost. It’s that law of nature where the smaller car is bullied by the bigger car, or the bigger bus, or the biggest truck.

But the law of the jungle falls flat when it comes to the pedestrian. Jaywalking is the pedestrian’s favourite pastime and the moment someone is going to hit them, they will not look for logic or the fault of their actions, it directly becomes the question: “Yeh carwale /H@#$zaade samajhte kya hain khud ko?”

Pedestrians labour under the delusion that averting accidents is just a driver’s responsibility. Pedestrians in our country like to jump over dividers and even land on the bonnet of a passing car suddenly. Every time it happens, I wait for at least one of these clowns to jump out with a bugle in hand and yell, “SURPRISE!”. Most pedestrians don’t even realise that the person inside the vehicle is manoevering a machine that is at least 100 times his weight, and he needs to stop it mechanically in order to avoid a disaster.

And if the driver goes wrong even by a whisker, the world and its mother rushes out to bash him up without asking whose fault it was. Our country has so many rules and regulations for drivers, but when it comes to pedestrians, there’s nothing, so we can just hope that each of us is a brilliant driver who can handle any situation. The driver can’t speak on the phone while driving and can’t be drunk behind the wheel and he/she needs to have a seat belt on, but the pedestrian can be drunk and on merrily talking on the phone and can basically get away with anything.

And there are some pedestrians who make you talk to the hand. Literally. These are what I like to call the Ichchadhari Traffic Police; the moment they want to cross the road, they stroll across it with a hand raised. This species of pedestrian is deaf to honking cars and do not even acknowledge the driver of the car that has braked suddenly to avoid knocking him down.

I’ve recently learnt that cars and pedestrians contribute to the traffic nuisance in our city in equal measure. Drivers are at fault several times, but pedestrians too need to be a little lenient towards drivers. They need to realise that a guy handling a vehicle must be under tremendous pressure. The pedestrian should try and avert small mistakes, too. He should not pretend to be a hero, leaping across the dividers and catching drivers off guard.

We are a country that lacks basic infrastructure and courtesy when it comes to traffic rules. But then, the onus is on the people of the country to formulate those rules in order to make road usage beneficial for everyone. A country changes by the attitude of its people. But somehow, when people come out on the roads, either behind the wheel or on their feet, they instantly enter into a competition to see who reaches his/her destination first.

There is no need to be in a perpetual road race. If we all become considerate about each other on the roads, the day will be come when even in India, drivers would love to stop their car and let the pedestrian cross the road. For now, if the drivers do that, they are only sitting waiting for people to stop crossing the road and let him pass, since the light turned green ages ago.