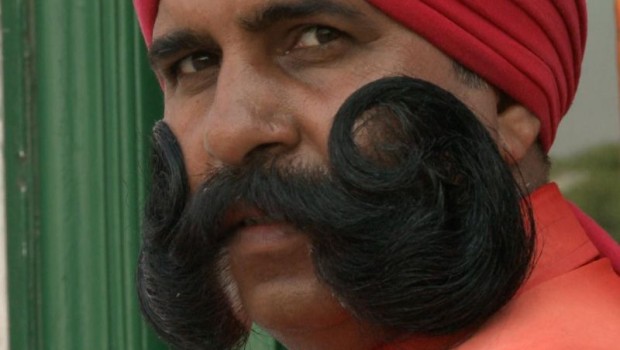 Where did all the facial fuzz go? And what for? Are we man enough to bring our body hair back?

Waiting for a friend at Bandra station, I overheard a conversation.

A deep voice next to me said, “No Mark, I can’t come for the movie because I have an appointment at the parlour.”

‘Parlour?!’ I wondered, turning around to look at this person, who I thought must be a girl with bad vocal chords. But this ‘parlour’-going person was a young man. He told his friend that he had to get his eyebrows done, which made my eyebrows first shoot up, then come together.

I continue to be surprised, but I shouldn’t be. I’ve seen (and heard of) umpteen men regularly undergoing facials, eyebrows trims, manicures, and – horror of horrors – waxing. But apart from wanting to get fairer skin that glows, most men are waging an all-out war on body hair. The moustache, the chest hair and the rugged look are all going out of the window. Even the famous quote, ‘Mard ko dard nahin hota,’ is being replaced by ‘Do taangon ke beech maaro agar, dard nahin toh mard nahin.’

A moustache has been considered a mark of a man for time immemorial. Earlier generations of Indian men had lovely moustaches that were their pride and joy. It what made them the men they were, it was their ultimate masculine symbol. Even today, a gloriously-moustachioed man is the cynosure of all eyes. But a lot of previously-moustachioed men are now mooch-less – me included. We could say it’s a healthy trend, what with facial hair breeding God knows how much bacteria and with one’s food getting stuck in all that fuzz. 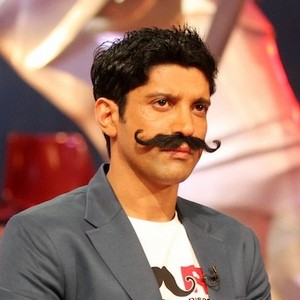 But despite all our claims (or pretensions?) to metrosexuality, despite our clean-shaven faces and waxed chests and arms, the perception of a manliness still stubbornly holds on to facial hair as the ultimate male symbol. Recently, even Farhan Akhtar used the moustache motif to promote his MARD campaign – everybody supporting the campaign wore a mooch.

It’s probably none of my business, but the whole anti-hair thing freaks me out, waxing in particular. I continue to be secretly amazed at the men who walk into saloons asking for not just a haircut, but bleaching, waxing, eyebrow trims and pedicures. I asked a few of these men about to get waxed about wanting to get waxed in the first place, and all of them shrugged, “I just don’t like hair on my body.”

And don’t even get me started on pink shirts and green pants for men.

A few men I know take longer to get ready for a night out than their wives. It’s almost as if men in the country have suddenly realised that they can primp and buy fashionable clothes and the best skin products as much as women can, and are trying to make up for lost time by doing everything they can to not be like their fathers and uncles.

I don’t know about you, but I don’t much like this behaviour, it really creeps me out. I guess I still bear the legacy of a lost generation of Indian men, whose attempts at beautifying themselves started and ended with them getting a haircut. Most of them would blankly wonder what blackheads were supposed to be, and be quite aghast at the idea of getting a facial done. Several fathers still look askance at their sons’ clean faces, studded ears and long hair, and at some level, I know exactly what the older guy with the sad eyes is thinking – Mooch nahin toh kooch nahin.