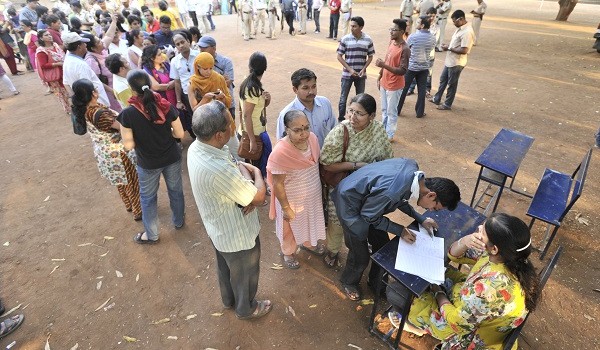 Because Mumbai likes to sleep

What happened after we found our names missing from voter lists? Did we remedy the situation or just keep talking?

By now, we have heard it a million times. ‘Mumbai is a city that never sleeps’.

But the truth is, we do sleep, at least most of the time. Whether it is a terror blast in the city or a girl being stabbed at the Gateway of India in front of hundreds of onlookers, we like to sleep our way through most events.

Our tongues are way stronger than our legs. We like to discuss every thing and condemn and crib, but seldom do we have the time or the strength to cause a change. Being the financial capital of the country, we like to think that the taxes we pay will automatically deal with most of the problems that the country faces. 54 per cent voting figures in the recent general elections seem like a big victory to us. Newspapers touted this figure as a record-breaking percentage.

Seriously? We’re not okay with our children getting 54 per cent marks in their exams. 54 per cent is neither here nor there – it means the 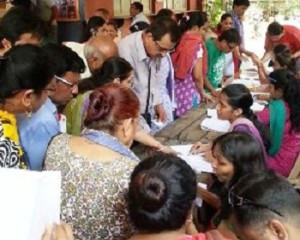 child has not failed but not done well either.

Of course, we are very quick to say that our voting percentage would have been higher if there hadn’t been so many missing names in the voters’ lists. Nobody will own up to a simple fact – we’ve had months to check if our names figure in the list or not, but we chose not to check. Instead, Mumbai just likes to wield its tongue more than actually do the things it should do.

It is time to shake off the slumber and take responsibility.

Mumbai has to realise that every time a road caves in at Peddar Road or a part of the Metro falls and kills a person, every Mumbaikar is responsible for it. Mumbai needs to wake up from the dream of being a money spinner whose problems will automatically vanish because it has so much money to throw – steadily, the money will disappear if the city doesn’t take responsibility of nurturing itself first, and then the country.

Being inked and posting your pic on Instagram is a cool fashion statement, but being an Indian is never going to go out of fashion. All of us need to stop sleeping. Let’s start with a small step – Mumbai, stand up and reclaim the missing names from the voter lists. It isn’t enough to make a racket about your name not being in the list. You should be seriously offended at being denied your democratic right to vote.

But again, I stand here and see that Mumbai is already back to its old ways of not caring and not doing enough. The city has already gone back to its pre-voting slumber.

Jatin Sharma is a media professional who doesn’t want to grow up, because if he grows up, he will be like everybody else. ‘Overdose’ is Jatin’s take on Mumbai quirks and quibbles.