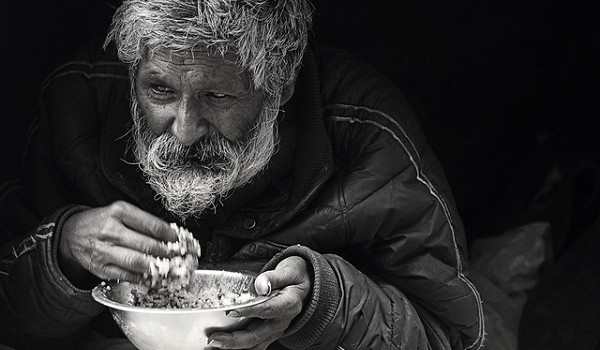 Was the ‘Rs 12 meals’ episode merely a stupid statement or a slap in the face of India’s hungry millions?

I love this country! Our countrymen endure so much in the daily race to stay alive, but we just laugh off our troubles. Why look outside, we brave numerous insults meted out to us by our fellow countrymen, but we still smile.

Has this constant grin on our faces led everyone to believe that they may mock us with impunity and walk away?

The country that dreamed to be a superpower by 2020, the country that wanted to have world class infrastructure and the country that was shining in an ad campaign is nowhere near accomplishing those dreams. Right now it is like an old woman who used to be beautiful in her youth, but who now refuses to see the telling wrinkles and age spots on her skin. Today, 66 per cent of the population of India is below 35 years old and 95 per cent of those people are fed up of the idiotic statements that are vomited by our politicians.

A recent statement that received a lot of flak comes from Raj babbar (see pic below right), actor-turned-politician who said that it is possible to 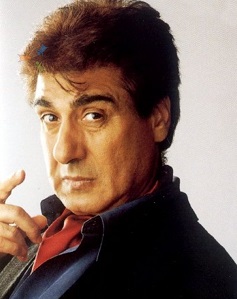 get a satiating meal at Rs 12 in Mumbai. It sent all Mumbaikars into a mad scramble to look for this fabled joint that sold a full meal at Rs 12. Meanwhile, another politician claimed that he can enjoy his meal at Rs. 5 in a city like Delhi. My question to both these self-proclaimed samaritans is: Where did you get these figures from? Did you pull them out of the air or out of your arse? Earlier, some bright sparks in the Planning Committee announced that Rs. 33 was enough to survive for a day. May be these people are all picking out their favourite numbers, but in the name of all that is sane, please STOP!

Even a person with the IQ of a mossy stone will find something wrong with these numbers. A statement like that is akin to a dog chasing a speeding vehicle – the dog knows he won’t catch up, but he still gives chase. In this context, a politician makes an absurd statement like this and then everyone sets out to prove the truth or lies behind it, giving unnecessary credence to an idiotic man’s views. The idiotic man, meanwhile, cannot explain what he meant to say in the first place, so he takes the easy way out and apologises.

I have another question for these politicians: if you feel that Rs. 12 is enough to fill your plate, why did you increase your salaries last year? How much more money do you want, apart from the full coffers you already enjoy? Who gives you a meal at Rs 12 when tomatoes are selling at over Rs. 33 a kilo? When you involve yourselves with scams to the tune of thousands of crores of rupees, do you think about subsisting on a Rs 12 meal? Have you no conscience?

Or are you so far removed from reality that you have forgotten, or probably never experienced, what it is to be genuinely hungry?

So we, in the pursuit of the elusive ‘superpower’ tag, must let our leaders run amok talking nonsense and gobbling up land and money where they can. You and I must make do with Rs 12 meals, and we must not throw away the leftovers in our plates. Or we must fight inflation further and all move to Delhi, where you supposedly get meals at Rs 5. 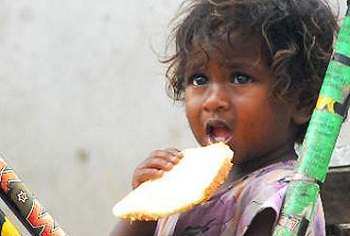 When are we ever going to look forward and become proactive, where we as a society are so powerful that nobody may have the guts to say Rs 12 is a sufficient amount of money for food? No politician or leader should so blase that he or she pulls out a magic number that is not even a fourth of the foreign exchange rate of the country we want to overtake as an economy.

Raise your standards, Mr Politician. The next time you say something, make sure you don’t have to keep an apology ready. And also, put me out of my misery and tell me: where in Mumbai did you eat at Rs 12?