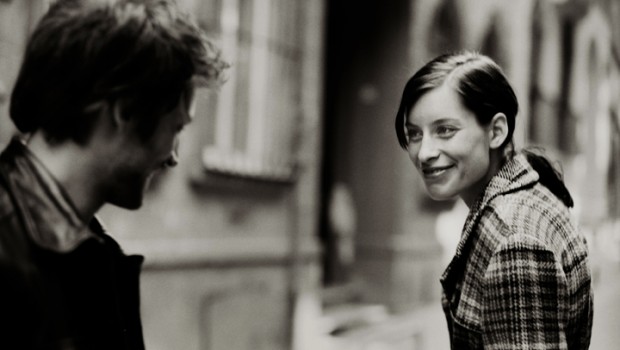 ‘Do (not) talk to strangers’

Your mum’s been telling you this all your life: do not talk to strangers. But what happens when you do? 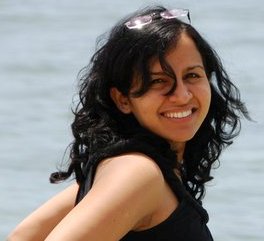 When I was moving out of my parents’ home in 2002, somewhere next to the bottle of homemade aam ka achaar that Mom had stealthily sneaked into my suitcase, she also made sure she planted a life lesson that she had been propagating to me all along: Do not talk to strangers! That’s ironic, considering I was going to a strange land, where I did not know anyone.

Naturally, she was worried. I had grown up in big bad Mumbai, after all. And now that I was moving to a bigger, badder place – Los Angeles – surely I would need to follow this dictum there too, she thought.

In just my first week in LA, as I discovered to my utter bewilderment, everyone spoke to everyone. Strangers greeted each other in elevators, often slipping in some small talk, depending on how long or short the ride was. Doormen talked to residents, inquiring about their pets, kids, marriage/divorces, etc. Pedestrians politely smiled at each other, even while crossing busy intersections in downtown LA. Bus drivers cheerily doled out “Good morning”s and “Have a nice day”s at passengers, often allowing those short by a few coins to ride free.

Taxi drivers chatted you up like you were their long-lost friend. Forgetful drivers nodded in appreciation at their four-wheeled counterparts, who let them cut lanes last-minute. And locals stopped to pore over your map and show you where Union Station was.

Yes, in Los Angeles, as I noticed, everyone spoke to everyone. This was the land of the Anti-Lesson! How was I, with my pre-conditioned suspicious mindset, ever going to live here?

He broke me in, gradually. I would see him every morning on my way to school. Big, black, bouncer-like. My first ever American stereotype. He was a security guard on duty at the loading dock of the industrial building, half a block from my loft. I must’ve been a stereotype for him as well: brown, bespectacled, bohemian, en route to school each morning with my hippie bag slung across my torso and architectural building model in one hand.

Clearly my stubborn, ingrained standoffishness must have given away the fact that I was a newbie in the hood. For every time he tried to say something beyond, “Good morning,” I would walk past hurriedly, pretending to have not heard him. Obviously, I’d had years of practice, brushing off strangers in Mumbai.

While I must confess I was having a hard time unearthing his thick African-American accent beyond his “Good Morning’, my Anti-Stranger sensor had also naturally gone off. No wonder I was giving him the ‘Smile and Scoot’ attitude. Until that one morning.

I was late for a design jury at school. Half-walking, half-sprinting, I had barely crossed the street, trying to balance a physical building model in one hand and drawings in another, when it started pouring out of nowhere. (If you’ve known architecture students, you might be aware that they guard their building models with their life, giving it priority over anything else. There are just too many sleepless nights at stake there.)

I ducked into the nearest building for cover, coming face-to-face with Mr. Big Black Bouncer-like, standing where he always did – at the entrance of his loading dock. We greeted each other politely and then an awkward pause followed. He could tell I was running late; I could tell he wanted to help.

“Not so sunny after all, are you now, California?” , the sarcastic voice in my head grumbled.

Voice in head sure must have been loud, because he offered, “Here, take my umbrella. It’s one of those big ones, enough to keep you and your junk nicely covered through this rain.”

“Thank you. That is so gracious of you. But I’ll be okay. The rain will subside in a bit, I am sure. I’ll just wait.”

“As you wish, dear. But something tells me you’re running late today. Besides, this one ain’t gonna stop soon. Like the monsoon you have back home.”

I looked at the time, as head and heart quickly concurred. “Okay, I’ll take it. Thanks a lot. I’ll bring it back tomorrow, I promise.”

“Yup, I’ll be here. Have a good one. Stay dry!” and he went back to his business.

I walked over to the dock the next morning with a box of donuts to say thanks and return his umbrella. He had saved my day, after all.

He was nowhere around. His stand-in told me he had called in sick that morning. “Must have caught a cold from the shower yesterday. Someone stole his umbrella. So he ended up going home drenched last night.”

Mr. Big Black Bouncer-like made an appearance from the back, chuckling at the serious look on my face. “Relax, girl. He’s playing with you,” he said.

Relieved, I smiled. The ice was broken. We chatted briefly over a quick donut, until I left with a “See you tomorrow!”

And just like that, slowly but surely began my process of unlearning Mom’s lifelong lesson, thanks to my first American stranger-friend!

Whoever said that strangers are just friends waiting to happen, must have met several Mr. Big Black Bouncer-like’s in his lifetime.

That day onwards, I began to let my guard down, bit-by-bit, taking my chances and letting strangers into my life.

I learnt to greet people I didn’t know, wondering how it would be to do the same back home in Mumbai. I began holding doors open for strangers and walking through those held for me, making it a courteous habit that I could carry with me wherever I went in the world.

I smiled at random faces that met my eye and struck up conversations whenever I had the chance, wondering if I’d raise some suspicious eyebrows when I did the same in Mumbai. I chatted with passengers who shared my seat on a bus or a train, wondering if impromptu conversations such as these could ever occur between random strangers in a Mumbai local train or a BEST bus.

I “Good Morning”ed and ‘Hello, how are you?”ed taxi-drivers, often striking up interesting conversations with them during the ride, wondering why I’d never started a rickshaw or a taxi ride in Mumbai with a “Kaise ho bhaiyya?” before.

While the process of unlearning this lifelong lesson hasn’t been easy, it has certainly been a very liberating one, bringing to the fore fun impromptu conversations, amusing light-hearted exchanges and positive vibes from strangers.

Most people I know were raised, like me – to believe that one should not talk to strangers. I’d highly recommend the opposite. Talk to them. Smile at them. Share a joke or two. While it probably won’t take too much effort on your end, it might just make their day easier!

P.S: Mom – If you’re reading this, sorry, but you know when the US Customs Officer threw out the aam ka achaar from my bag at LAX? It seems like he may have tossed out your lesson with it, too! I love you!

A Mumbaikar by birth and a New Yorker by choice, recently-turned global nomad Shweyta Mudgal is currently based out of Singapore. An airport designer by day, she moonlights as a writer. ‘Outside In’ is a weekly series of expat diaries, reflecting her perspective of life and travel, from the outside-in. She blogs at www.shweyta.blogspot.com. And sometimes, she tries to listen to her mother.