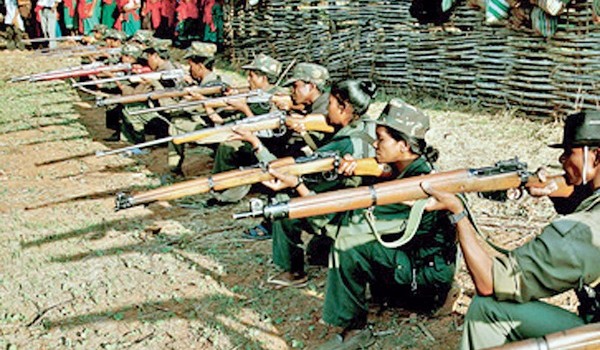 Who will ask why?

The question – why are tribals killing? – needs to be addressed before looking for answers to the Naxal problem.

Heated discussions are currently on in the corridors of power in Delhi, and the blame games are now taking off in the latest onslaught of Naxals on several Congressmen, in which they and their aides and other bystanders were killed in Chhattisgarh. Political lobbies are hard at work here, with the BJP and the Congress blatantly throwing charges at each other.

In the midst of this, every bit of news space is being hogged by so-called ‘experts’ invited to speak in newsrooms. Watching them and hearing them speak is tiring – most of them repeat themselves, suggesting outdated means to end the violence. Invariably, all their formulae are centered on hounding and then pounding; they are unmindful of the possibility that this may trigger another series of killings.

After all, paramilitary operations have seldom resulted in long-lasting peace. Countering violence with violence cannot get you moving towards peace.

In the last few days of watching a plethora of experts giving their views on containing the Naxals, only one voice seemed sanest of them all. That voice belongs to Director General of the BSF (Border Security Force), EN Rammohan. He has been the only one to ask the most important question: Why? It must have taken tremendous guts and grit to ask this basic question, but ask it he did – Why is the tribal taking to killing?

If you think about it, there have been ample background incidents that explain this violence, and indeed, the rise of the Naxal movement in the country. Why are those who had hitherto been living in complete peace in the tribal belts and villages provoked enough, today, to maim or kill those who govern them?

Is it only due to the widening gap between the rulers and the ruled? Or do political and business mafia also hold the key? The government of the day knows that tribal land and the 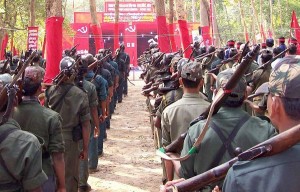 riches it holds does not necessarily serve the actual owners of that land – the villagers and tribes living in those areas. Even as their ancestral lands are taken away from them, they sit waiting for justice that never comes.

In this scenario, what seems to be the only course to pursue – if this gap is to be shortened – is to engage the aggrieved parties in a dialogue. This dialogue should be carried out with the help of activists and grassroot-level workers who the tribals know and trust. Without speaking to each other in a peaceful environment, there can be no hope for the rulers to effectively rule. Trying to contain violence with further violence will only result in several more deaths and a never-ending cycle of terror.