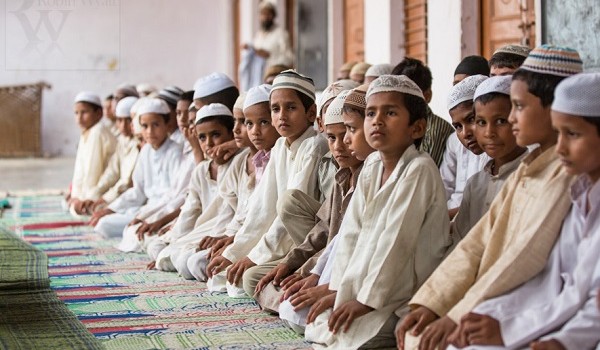 What really happens inside a madrassa?

We speak to Dr Shabistan Gaffar, Chairperson on Girls’ Education, National Commission for Minority Educational Institutions, on education for Muslims. 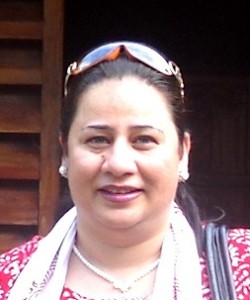 Most people wonder what really goes on inside a madrassa – what is taught there? Are these places really recruiting grounds for impressionable young minds to take to terror? I decided to put the question to Dr Shabistan Gaffar (in pic on left), Chairperson, Committee on Girls Education (National Commission for Minority Educational Institutions, Ministry of Human Resource Development, Government of India.

Are there madrassas for girls, too? How are you upgrading them towards mainstream education? Are you also trying to introduce vocational training schemes to benefit many more from the economically challenged backgrounds?

Yes, there are madrassas for girls, too. There are two specific schemes for the development of all madrassas, whether for boys or for girls: the Scheme for Promotion of Quality Education in Madrassas (SPQEM) and Institutions for Development of Madrassas and Minority Institutions (IDMI). Here it is important to add that there are only a few institutions for girls imparting them madrassa-based education beyond the Maktab Level. Some of these institutions also provide education in modern subjects and girls can switch over to modern education after elementary education.

Comment on the slants by vested political interests on the very concept of madrassa education, linking it to fundamentalism and terrorism.

Those comments are political in nature and also arise because of communication gaps. All that I can say is that those who comment along these lines are either ill-informed or are not interested in knowing the reality. The reality is that the madrassas have always, and even today, play a very significant in educating hundreds of our children. They impart education that is both traditional and modern.

There is this grim reality, too: there are several within the Muslim community who are challenging Muslim women’s rights, such as the move to ban women worshippers from the sanctums of Sufi shrines, etc.

Our Commission is trying to reach out in trying to bring about awareness, and we are trying to do so through the teachings of the Prophet and the Quran where great emphasis is laid on girls’ education and on the fact that there should be no discrimination between girls’ education. They ought to be encouraged to take up different, challenging vocations. Let me also point out that already there is a change in the existing attitude, and this holds especially true in the South of the country, where these prejudices and narrow outlook do not exist.

The Justice Sachchar Committee had painted a rather dismal picture of the Muslim community lagging behind in education. What steps is the NCMEI taking to get more Muslims in education?

The National Commission for Minority Education institution (NCMEI) has been set up under an act of Parliament to safeguard the educational rights of the minority enshrined an article 30(1) of the Constitution, instilling confidence in minorities in general and Muslims in particular. The Commission has generated awareness among the Muslim community about the importance of quality education, as a result of which 1,04,75,000 children of the Muslim community were enrolled in primary school in 2009-2010. Out of this, 49 per cent were girl children.

One of the major breakthroughs came with the Commission persuading the Muslim community of Murshidabad (West Bengal) for establishment of schools. 621 primary schools were established in that region alone. To achieve the objective of women empowerment through women’s education, the NCMEI constituted a committee for girls’ education in 2007.

It is said that the Muslim community’s educational backwardness in the country is linked to vote bank politics and lack of political will. Your comment?