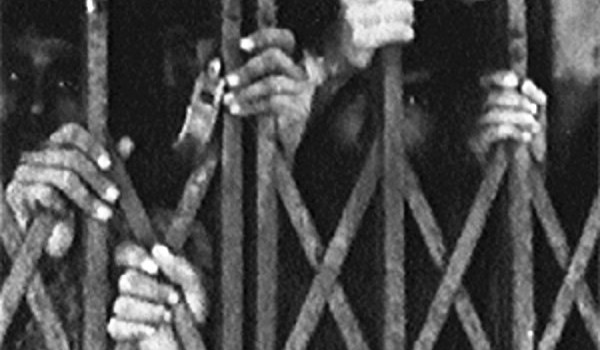 It is now 39 years since the 1975 Emergency, but how different is life today than in those strife-ridden times?

39 whole years have passed by since India declared an Emergency. But till date, June 25-26 stand out as the darkest day in our country’s democracy, in our recent history.

Just like every year, several groups such as the PUCL, CFD, Janhastakshep, the AMIYA and BG Rao Foundation, are observing the Anti Emergency Day in the country. They do this to “remember those dark days when internal Emergency was imposed in the country on the midnight of 25th/25th June 1975, which continued for 19 months. Fundamental rights were suspended, the Press was gagged, voices of dissent were throttled and more than one lakh opposition leaders and critics were detained without trial.”

Today, several activists comment that though the present day situation is not Emergency-like, the ground realities in the country are 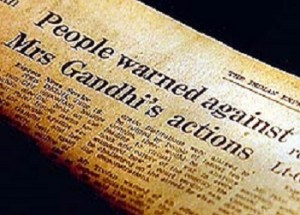 still horrifying, with signs of dictatorship very much alive. Midnight knocks on the door and encounter killings are still a big reality. Innocents are thrown into jail. Non-violent protests are crushed. People’s anger over Government apathy is throttled. Watchdog groups and NGOs are slowly coming under State scrutiny. There seems to be a definite trend to crush critics and their criticism, to silence any rebellious voice.

With these human rights violations are other confusing matters. Currently, Delhi University cannot decide on whether there should be a three or four year course. How can it, when there seems to be little coordinator between the HRD Ministry and the UGC?

This confusion also seems to stretch into foreign policy decisions. Though Right Wing politicians have always been against Bangladeshi refugees in the country, Sushma Swaraj is now taking her first trip to Bangladesh, as Minister for External Affairs. We’re waiting to see what she will have to say in Dhaka vis-à-vis Bangla refugees.

But before this trip, shouldn’t she have flown East, towards Iraq, and seen what is really happening there? After all, hundreds of Indians are stranded in and around Iraq and they need immediate help. Are press briefings on this state of affairs enough? Will they substitute for firm ministerial-level intervention?

Perhaps the only area where there is absolutely no confusion is the area of price rise. Apart from the prices of everyday food items zooming upwards almost daily, there is now a price rise expected in gas, oil and electricity. In the coming months, it is going to difficult to sleep and commute.

Happy days or the supposed ‘achche din’ seem like a distant dream at this point. Frankly, how can we expect achche din when high costs of living come in the way of everyday survival?