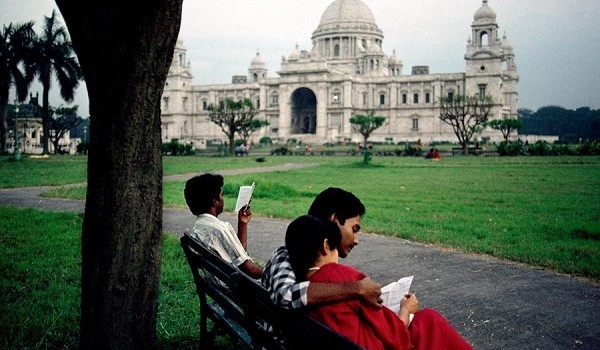 This new year has started on a note of hope. Yes, the Aam Aadmi Party (AAP) wave has a lot to do with that, at least here in the capital city. Everyone has a wish for the new year…mine is that AAP’s branches, offices, and the enthusiasm of its volunteers and workers spreads to other locales in the country and reaches the people across communities. I would dearly love to see the AAP dent the supposed strongholds of the BJP-RSS and the Congress and SP all over the country.

The other thing getting me considerably excited is the wave of new book releases. I particularly loved this line I recently heard: ‘Tomorrow is the first blank page of a 365-page book. Write a good one.’

Books and literary festivals are back on the circuit. Even sleepy little towns are planning to host literary dos. And why not! If we can have a newspaper, Khabar Lahireya, published and compiled by a women’s group in the rural stretch of Eastern Uttar Pradesh, we can certainly have small towns hosting literary meets. Still, I was surprised to hear that two literary festivals could be coming up in Lucknow and Gwalior and Bhopal. The list is long: already about a dozen cities of this country are hosting these meets – Mumbai, New Delhi, Jaipur, Cochin, Bangalore, Agra, Chandigarh, Hyderabad, Chennai, Goa, Kolkata and Kasauli.

And I hear that an Urdu Literature festival is starting in Patna. Rakhshanda Jalil is organising it in collaboration with the Government of Bihar on January 4 and 5, 2014. Called Jashn-e-Urdu, it will have panel discussions, book exhibition, film screenings, mushaira as well as ghazal singing and a play by Tom Alter.

Can other cities and towns and villages start hosting such meets? I have been telling my writer friends living in different parts of the country to get together and organise a literature fest. But most of them look worried and nervous – of course, organising such an event cannot be without its pitfalls and stress, but there is no need to get too ambitious or go overboard. These fests could be small, and manageable to host, expanding gradually over the years.

But why do I insist on more literature fests? Because nothing unites and educates like the pen does. We saw this during the days of the Raj, when rebel writers and poets unleashed their disgust against British brutalities through their writings. What can be better than uniting our present-day society than a literature festival that educates as well as entertains?