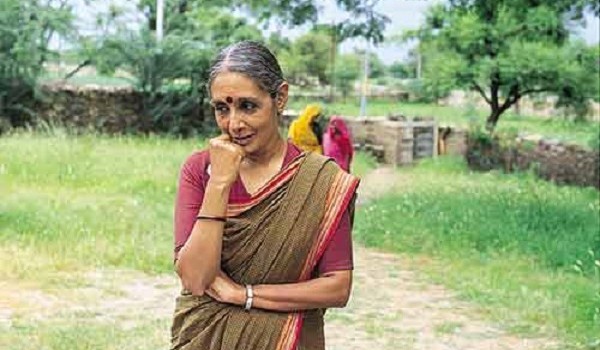 The rains continue to wreak havoc in various parts of the country, bringing ruin to crops in some places and drought in others. Hunger and dearth of necessities have become the mainstay in several sections of society…but what are the options for survival?

More to the point, can the present Government do anything about it? How long do we wait before the Government steps in to help?

As always, the solution has to come from us, from within.

Hearteningly, there are hundreds of ‘doers’ present among us, people who have opted to move out of well-paying jobs and a cushy life to reach out to those in distress. In this context, I can think of none better than the husband-wife duo of Bunkar Roy and his spouse Aruna, who gave up their jobs (Aruna quit the IAS) to settle down in Tilonia, a nondescript village of Rajasthan. There, they started by digging up wells to help the villagers, and today, the village is one of the few locales in the country that can boast of being self-reliant in every sense of the term.

The duo has trained the village’s men and women to become engineers, doctors, technicians, craftsmen, teachers and healers.

More recently, I was browsing the details of Dr Dharamvir Gandhi, one of the AAP candidates who win in the recent elections from Punjab. To quote Professor Chaman Lal, who has known Dr Gandhi for years, “As a medical   doctor, he was so popular in the surrounding villages that when he was transferred, people from those villages went to the Punjab Secretariat in Chandigarh, and returned only after getting his transfer cancelled.”

Dr Gandhi (in pic on right) joined Rajindra Medical College Patiala for his post graduate studies and later became Assistant Professor in the Cardiology department. In year 2001, he set up his own 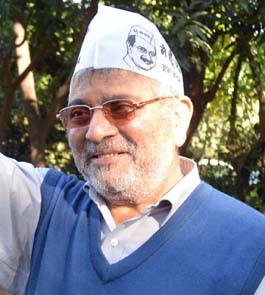 clinic, where only nominal fees were charged from poor patients. He says he was inspired by Andhra Pradesh and some other States, where such Peoples’ Clinics were established by Leftist doctors to provide health services to peasants and workers.

Meanwhile, as the news of the passing away of former Chief Justice of J&K, Justice Mufti Bahauddin Faruqi came, I was reminded of several meetings I had with him. This was in 1990, when I was reporting from the Valley, and each time I met him, I was impressed by his honesty, his forthright stand on issues, his courage in speaking against injustice.

He said to me once, “The Government is treating each person as a suspect. Even India Today says the total number of militants must be about 600, though I say there are no more than 100. Yet, to locate them, a whole city’s population is being hounded. Searches are done in the most brutal manner, even before dawn the whole area is cordoned off and loudspeakers keep blaring, asking everyone to come out of their homes. The search goes on for the whole day, while families sit outside without food and water, and even women in labour are not allowed to move out!”

He said he was tired of expecting help and relief from the Government, after numerous attempts. And yet, he never shied away from revealing horrifying realities in the region, even if those truths were unpalatable to most others.