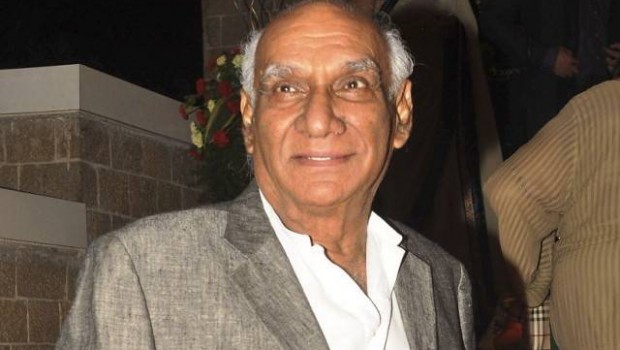 Ever since I heard the news of director Yash Chopra’s death due to dengue, all I kept muttering to myself was, “Yash Chopra’s dead…He’s dead…the king of romance is gone…”

I didn’t know Yash Chopra personally. But sometimes, you don’t need to know somebody on a personal level to feel the loss when they’re gone. Most of those who are mourning for him didn’t know him either, but we’re all shaken by his death. I think what bound me to Yash Chopra was that he personified all that was romantic in film, and I am a diehard romantic in real life. But I count myself lucky, because unlike the scores of people who could idolise him only through his films, I actually had the opportunity to see him up close.

I saw him in person just once, at the New Delhi airport. He was with his wife, and though they were together, his eyes darted about restlessly, like he was mentally somewhere else, looking for someone. Even at a distance, his personality did leave an impact…he wasn’t good-looking in the conventional sense of the word, but he had a definite personality. I thought he was tall and dark, but not really handsome, but there was something about him that would make you notice him in the crowd, turn around for a second look, even on a crowded airport.

The restlessness in his eyes probably stopped me, or rather, the journalist in me, to go right up to him and talk to him. I still could have spoken with him, and I’m sure he would have been cordial enough to answer my pleasantries and my questions, but I thought  it  would  be  wrong of  me  to  intrude on his thoughts and bother him.

And   as  I  saw  him  boarding  the  same flight  to  Srinagar as I was on, I  was  more  confident  of  going   up to  him, if nothing else, then for  one of those unplanned  interviews that journalists are sometimes lucky enough to get. But  by the  time  I  could  muster enough  confidence to approach him, he was almost  mobbed  by  his  co-passengers. After that, I settled back in my seat and resigned myself to glancing at him at regular intervals, and I could clearly see his smile and his set of fine, good teeth. And I could also hear his distinct voice, and snatches of the sentences he spoke rather quickly.

On the evening of his death, as I mused over losing Yash Chopra, I was actually surprised that I still remembered all these details of so long ago, after so many long years. The only explanation I  can  offer for my fond memories of Yash Chopra, are that the romantic streak in him and me brought about a strange connection of sorts. Yes, romantics  do connect in these rather bizarre ways.

And when I ponder on romance, I remember Guru Dutt and his lovely eyes. After him, no other man conveyed the kind of want, the yearning and a subdued passion of love. Guru Dutt was probably the only man in cinema whose eyes touched a chord with you across a cinema screen, that made love to you with a single glance. I am still looking for eyes like his, but I have almost given up hope. Where am I going to find such a pair of eyes, in these fast times and in an age where pelvic thrusts denote love in cinema, that will be emotional, in love and full of yearning?

Today’s filmmakers would do well to understand why Yash Chopra and Guru Dutt made romance so special. They understood that romance was about an abundance of emotions, exploding in a dazzling display of colours and tears and heartbreak and ecstasy. They understood the difference between love, romance and sex, and also that romance remained with the viewer long after the sex was done with. Their films underlined this wonderful line from Gabriel Garcia Marquez’s Memories of  My  Melancholy  Whores: ‘Sex is the consolation one has for not finding enough love.’ 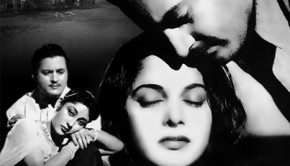 Restored ‘Pyaasa’ will be screened at Jio MAMI this year →