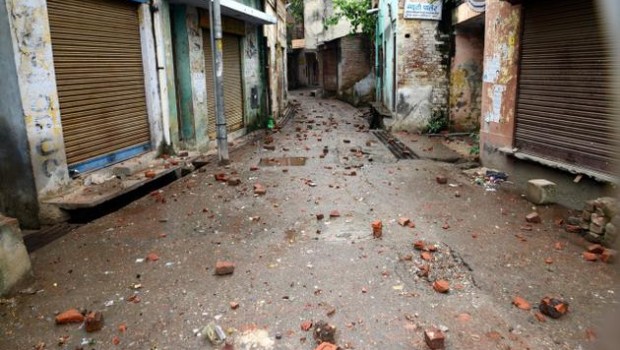 In memory of Muzaffarnagar

A peaceful town in its earlier years is currently the battleground for communal hatred. What caused this change and why?

I was born in Uttar Pradesh and I spent my childhood and my carefree teenage years in that State. I travelled to several remote villages and locales there because my father was particular about his family – my amma and his children – tagging along in our open jeep or in our Baby Hindustan car.

We had travelled through Western UP’s Muzaffarnagar and the adjoining belt on several occasions. I can still recall the sights: sprawling sugarcane fields, dozens of workers on the fields, several zamindars and farmers walking about. There was never a bit of tension among communities and never any question raised about caste or creed, and certainly no communal hatred. We’d spent hours initially roaming about, even travelled late at night and it seemed so perfect. Not once did we hear any mention of so-and-so being a Yadav or a Jat or a Musalmaan or a Brahmin.

All of those idyllic images from my childhood were rudely shattered from the early 90s onwards, with worsening communal tensions over the years. The hatred spread all over, furious and uncontrolled. In 2007 or 2008, at a SAARC writers meet in Agra, I’d asked the New Delhi-based historian Rifaqat Ali details about the ground situation in and around that belt. His observations were particularly relevant because he hails from rural Aligarh.

He said, “The fact is this: only a Jat or a Yadav can have the confidence to write his name atop his vehicle. For a Musalmaan it will spell death or doom. He dare not flaunt his name, 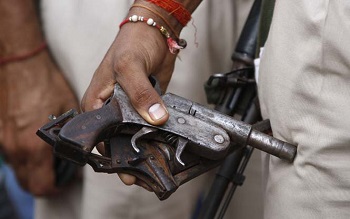 especially in an unknown area.” On another occasion, an academic who belongs to Western Uttar Pradesh told me that though his wife wears a burqa or a hijab, he finds the practice unsafe when they travel homewards. “It is prudent not to ‘look’ like a Musalmaan, for your vehicle could be stopped and damaged, and you could be attacked…anything could happen.”

If you ask about the cops and what they do to save or salvage the mounting tensions, the answers you receive reveal a complexity beyond the expected corruption in the ranks. Apparently, at the constable level, they are recruited as per their caste and creed, so when a situation arises, they act or attack based on whether their community is involved. A Yadav minister or Chief Minister would be more than tempted to enroll as many Yadavs in the force as possible. A Jat minister would do likewise, and this pattern continues across several castes. It would be interesting to know the exact percentage of cops vis-a-vis the community ruling at that moment.

And this communal hatred has spread to the nearby villages and qasbas and towns of Western Uttar Pradesh. Right-wing goons have turned the area into a cesspool. Till date, the BJP MLA from that particular area, Sangeet Som, has not been arrested and thrown into prison, despite uploading the fake video that started the recent mess and which will affect generations of people forever. Nor have other politicians involved in the issue.

Ironical, isn’t it, that the same belt of Western Uttar Pradesh, which had seen the start of the ouster of the British from our land with the Mutiny of 1857 is today embroiled in anarchy? But what happens next? Obviously, a thick-skinned politician or an absolute fool might appear on TV and say, “All is coming back to normal! Only 37 are dead and another 100 are injured, and several others have fled. But the situation is under control!”

What about the four BJP men accused on inciting violence and who have gone underground? What was the police doing? Where were the inputs from IB? What about the role of the Akhilesh Yadav Government? Even if the father-son duo of Mulayam and Akhilesh cry themselves hoarse with the “It’s a Right-wing conspiracy!” refrain, the question they are still not answering is: Why didn’t their police force act?