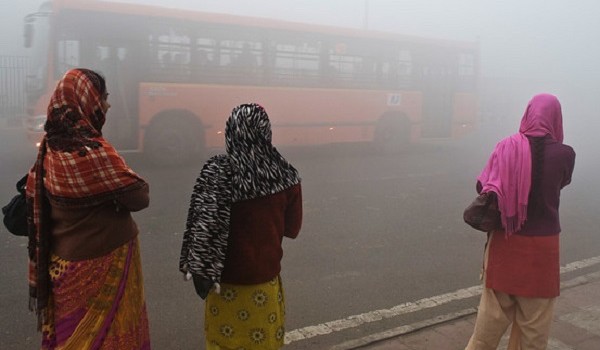 So, it’s being declared loud and clear – New Delhi is the most polluted city in the world. This news is no shocker, at least not for those who live here. The deterioration has been on for the last two decades. In fact, the most hard-hitting aspect of life in New Delhi is its pollution and smog. When my friends and relatives from other towns land here, they take a couple of days to recover from chest congestion and throat infections, which pave the way for coughs, fever and uneasiness.

The average citizen is aware that he or she is breathing polluted air, but what is the alternative? The capital city houses the Who’s Who in the corridors of power, so one would think that Delhi would be all clean and clear to breathe in, for a start. There’s never a dull moment in Delhi; it is a happening city and surely a much polluted one!

If you can survive the pollution and develop a thick hide, you can probably live here happily. Plus, you can also learn the art of seeing the positives of life even as you live in the midst of severe turmoil.

On a related note, however, there is a lot to celebrate about Delhi as well. A lot of Hindi film stories have been based in Delhi, and there have also been several books written on the capital. One of the most comprehensive volumes on Delhi was published in 2010, Celebrating Delhi. I love this book – it distracts one for a while from the mess that Delhi is in, taking one instead on a nostalgic ride of the Delhi that used to be.

And it’s Pradip Krishen’s essay –‘Avenue Trees in Lutyens’ Delhi: How They Were Chosen’ – that actually gives you an insight into how particular trees were chosen to go along the avenues of New Delhi. “It’s a curious list of trees in some ways, because British planners seem to have consciously avoided planting trees like the mango, shisham, banyan that were in vogue as avenue trees in northern India through the Mughal times…” he writes.

And now comes another new volume on the national capital: Rana Dasgupta’s new book, Capital: A Portrait Of Twenty First Century Delhi, which hit the stands this year.

So even as we struggle to breathe in Delhi, let’s celebrate its other, more beautiful forms!