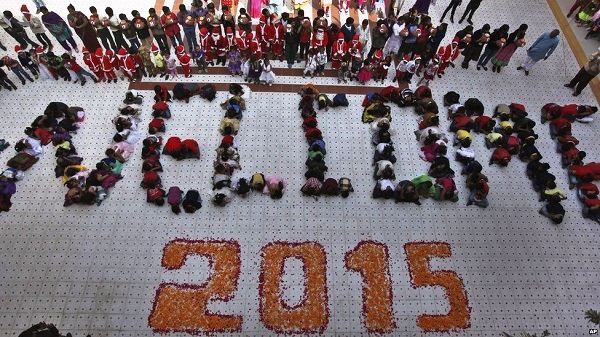 I bid adieu to 2014 with a shudder and a prayer on my lips. The year started well enough, but soon spiralled out of control, with killings and violence in India and all over the world.

I am also saddened by the loss of two prominent personalities in Delhi who recently passed away. One was Saiyad Hamid, a retired civil servant of the UP cadre, and the other was journalist and writer BG Verghese.

Speaking of Saiyad – he was unlike other sarkari Mussalmaans. He will always be remembered for his extensive work and the effort he took for the betterment of minority communities, conducting exhaustive surveys and research on the reasons for the decline of the Muslim community in education and economic spheres.

I had interviewed him on several occasions, and also met him when he wrote a detailed volume on the dismal educational framework in Bihar’s Muslim mohallas. He had detailed a basic observation – in a majority of these mohallas, police thanas and chowkies had be set up in the very plots of land allotted for schools. “So where could the Muslim children study? And why did these mohallas need extra policing?” he had asked.

Another person to remember is BG Verghese, especially for the several important books that he authored. I had attended the launch of his last book, Post Haste: Quintessential India, which was released the last summer and was a truly offbeat book.

In the book, he narrated Indian history in the rather unusual technique of using postage stamps to take the narrative forward. These stamps added essential inputs and acted like ‘fragments of history’ to the book. When asked why he had written the book, Verghese simply said, “Today there is a sort of ‘intellectual illiteracy’ about our country’s history and geography. I worry about the fact that even the political leaders of the day mix up vital historical facts.”

Verghese’s book can do a great service to the young, as it talks about India’s diversity in a very interactive way, and delves into details of the country’s tribes and their traditions. It also addresses little-known figments of history and clears religious misconceptions – books like this one lessen the divide among men and help shrink regional and religious gaps. More importantly, this book reflects the very idea and true spirit of India.