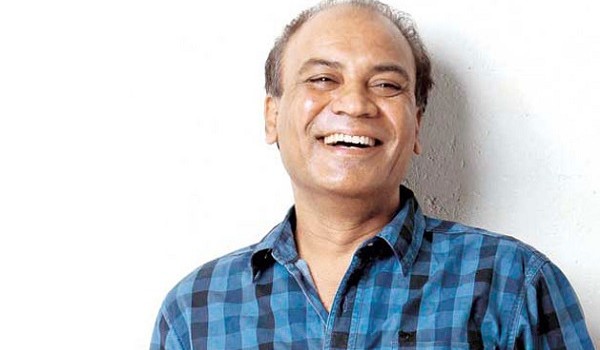 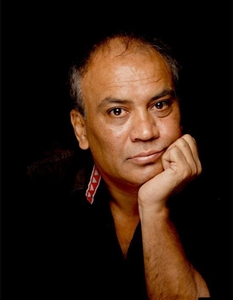 He played the stern, unrelenting father in 2008’s Taare Zameen Par (TZP), a story of a dyslexic boy and his travails. Vipin Sharma’s performance made film-goers and the film industry sit up and take notice, especially for the range of emotions he depicted as his character goes from experiencing frustration to confusion to finally, understanding.

In an interview with The Metrognome, Vipin indulged in some frankspeak: on the workings of the industry, why typecasting is dangerous for an actor, how TZP was the story of his childhood, and why he is only looking for antagonist roles.

How did ‘Taare Zameen Par’ happen?

After graduating from the National School of Drama, I wanted to travel all over India and abroad. I started my career assisting Ketan Mehta and worked with Naseeruddin Shah very closely. During that time I got fascinated with cinema and wanted to study it.

My quest took me to Europe for a while and then I ended up in Toronto. I think I became sort of disillusioned with acting and Bollywood of the late 80’s and wanted to do something different. In Toronto, I tried different things and finally became an editor after having attended the Canadian Film Centre.

But during all that time acting stayed in my mind and I always thought maybe one day I will go back to it. During one of my visits to Bombay, (actor) Irrfan who is a very dear friend of mine since my NSD days, asked me to see Maqbool and when I saw it, I thought things were changing in Hindi cinema. I went back to Toronto and a chance meeting with one of the most amazing acting teachers I have come across, Jacqueline McClintock from Montreal (who taught Meisner) changed my life. I studied with her for a bit and decided to pack my bags and head to Bollywood. I had no idea what was in store for me. All I knew I badly wanted to act.

Amole (Gupte) was about to start Taare Zameen Par. I met him and he auditioned me for the Hindi teacher and the warden’s roles. I did those but my eyes were on Mr Awasthi’s character (Ishaan Awasthi’s father). I hadn’t read the script but I had helped Amole audition the final ten kids from which Darsheel was selected.

It was during that time I asked Amole about who was going to play the father. Amole told me that since I was a bit dark-skinned, I might not pair well with the boy he had in mind. I asked him to let me prepare a scene and he willingly agreed and gave me the ‘absent note’ scene. I went home and stayed up till 3 am and prepared it.

Next day when I went to Aamir’s office I was looking around to find someone who would tape my scene. Luckily Ritu, who was one of Amole’s assistants, decided to shoot it as there was no one else. I completely forgot about it since Amole had also told me that the role was reserved by Aamir for some of the known actors from the industry. After a month I got a call from him. “Aamir ney tere ko baap bana diya.” (Aamir has made you the father). I didn’t understand what he was saying at first, but slowly it dawned on me. I was barely three months old in Bombay and had bagged a role of a lifetime which was going to change my life. I owe a lot to Aamir and Amole for letting me be a part of it.

Your role in TZP was a challenging one. The character stood out for its sternness, its inability to understand what exactly is going on with Ishaan. How did you prepare for this role?

Actually what Ishaan goes through in TZP is what I went through in my childhood. My father never understood me. In those days people used to hear stories of boys running away 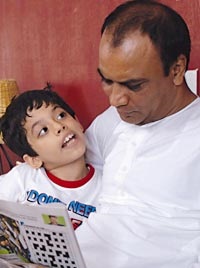 from homes to Bombay to become actors and since I used to love watching movies he thought I would also probably run away. So, as a result he sometimes beat me up if I went to see a movie. He hated my movie-going and I always thought he didn’t understand my passion for cinema. He wanted me to join the Railways and I wanted to become an actor. So, in a way TZP is my tribute to my dad whom I now think I didn’t understand. It was his love that was showing in his anger. My tears in the end of the film are for him.

In recent years, actors who play ‘character parts’ – like you did in TZP, or Sanjay Maurya did in Aage Se Right – are being hailed for their breakthrough performances. What does it take for a second lead to hold his own against the main lead?

I like the words ‘second lead’ as I think the ‘character artist’ term is very degrading now. It’s like you are some untouchable. Everyone plays a character in a film. I think it doesn’t take anything except that you play your part with sincerity and commitment against whomsoever is the lead. It could be anyone (playing the lead).

What is the method to your acting?

I would like to believe that I am evolving. There is a long way to go. I try to be honest and convincing. Sometimes it works, sometimes it doesn’t. I am practicing.

Who is your favourite actor and why?

Irrfan. Not because he is a friend of mine. I remember he used to tell me after we both came out of NSD that he admired my way of acting. Today, I admire him. His simplicity and emotional strength both as a person and as an actor are commendable. I often end up crying when I speak about him in interviews. I feel very close to him.

How did you prepare for your scenes with Aamir Khan in TZP? There were three very powerful scenes you had with him, each showing a different emotion from you. What was the process like?

I actually didn’t prepare except that I made sure I knew my lines. Believe it or not, I had not seen Lagaan when I was shooting for TZP. As a matter of fact I hadn’t seen any of Aamir’s films at that point in time. I think even today I am not familiar with his films prior to TZP. I connected with him during the shoot.

My first meeting with him was amazing. He opened his car door for me and that was a very humbling experience. I also remember once I was unable to do a close shot in which only my arm was seen while I slap Darsheel. He came over and asked me to remove my kurta and give it to him. I told him that it was full of my sweat. He said not to worry. I took it off and gave it to him. He wore it. We did the shot and gave it back to me and said, “Here, it is sweatier now.” I too immediately took it back and wore it, thus mixing our respective sweat! I never for a moment felt I was acting with a big star. He never made me feel like it was my first film. He remained simple and like a close friend throughout the shoot.

What are you currently working on?

John Day just got finished. Satyagrah is next while Raanjhana has released. I also wrapped up shooting for Tigmanshu Dhulia’s new film Bullet Raja. Next will be Sudhir Mishra’s Mehrunissa.

What has been the most challenging part of your journey in the film industry so far? 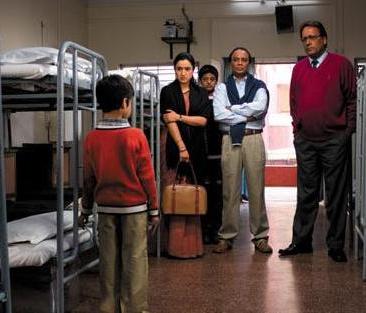 The film industry wants to use you the way they think is the best. You have to stand up and say, “No, I am much more than this.” After TZP and till today, I fight because everyone thinks I am only capable of playing a stern father. Typecasting has done a huge damage to the Hindi film industry. It happens to directors as well.

Do you think actors in our industry get slotted in particular niches on the basis of their looks?

Yes, that is exactly what I was saying earlier. For example, my favourite role or my dream role would be to play a woman’s role, but no one will think I can do it because for most people, I can only play a strict dad or similar roles.

Which is the one role you would have loved to do?

I actually have never thought of that. Whenever I see a great role, I don’t imagine myself doing it because the actor who has done it is superb. Of course there are dream roles like Hamlet, Othello, Sakharam Binder and the likes that any actor would die for. I am no exception.

Do you agree that this is the best time to be an actor in the film industry? 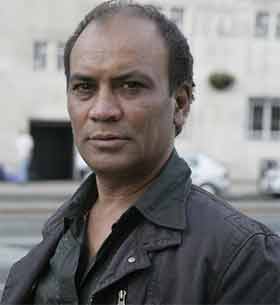 Yes, definitely although in very, very small measures, but the quality of acting IS inching towards what it should be. (The current level of acting is) Honest and not this stupid melodramatic, over-the-top sentimental and crude portrayal of people which is very dangerous, as it creates fake emotions and Bollywood has a huge influence on our society. I just read recently that a mother and her daughter committed suicide because the daughter and her brother didn’t do well in exams. They took pills right in front of each other, one by one. I can imagine how this whole thing must have happened. First the boy took pills and he fainted. The mother walked in, saw the pills and the boy and she took some. Then the daughter entered and she saw them and she took some. Strange, but it is a scene straight from a tear jerker melodrama. But it happened…and it happened in Mumbai just a few days back.

But shoots in Bollywood are full of chaos and a frantic energy surrounds you all the time. Sometimes it is exciting, but quite a lot of the times it drains you out and the quality of the film suffers. Sometimes it’s tragic, as recently on one of the shoots a very young and promising assistant directors died in an accident that could have been avoided.

I am now only looking for antagonist roles in films. I am mostly working with Indie filmmakers in Bollywood now and that is where I am finding my like-mindedness. I don’t hate mainstream cinema but it very rarely offers films that are greatly entertaining and enlightening at the same time. Just aiming to entertain through an art form is shallow and does not contribute much to any society. In a country like India, where there are so many issues that need to be looked into, there is a great need of cinema which reflects that. I am attempting to be part of this New Cinema that is fast emerging here. It’s slow and steady but who knows, it might win the race. I am also slowly going back to performing on stage and soon will be directing my first film as well. 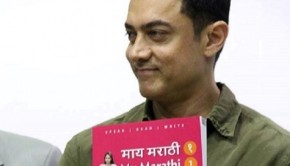 Who wants to learn Marathi? → 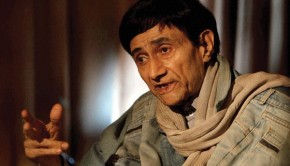 An encounter with Dev sahab →

One Response to ‘I’d love to play a woman’