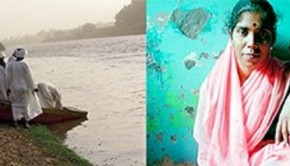 Starting today, there will be screenings of films every evening till March 5, 2015. Do not miss these important films.