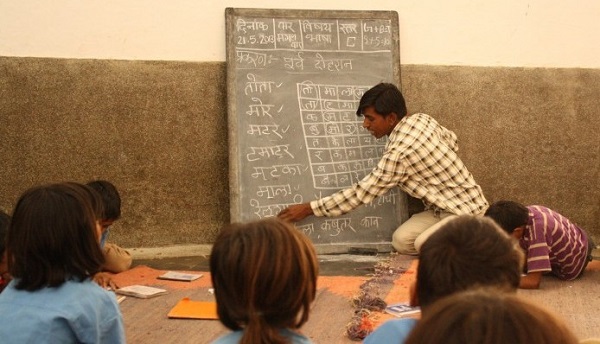 It feels that the Hindi proverb, ‘ghar ki murgi, daal barabar’ fits perfectly when someone attempts to use their local dialect.

Have you ever tried speaking in your mother tongue in public? Do you cringe when a fellow traveller speaks in theirghar ki bhasha? Why do parents ask their kids to speak in Hindi or English when they are dining outside?

The warmth brought in by speaking in the mother tongue is suddenly lost in the bevy of so-called manners. On a recent episode of the Minute To Win It game, a contestant said it was weird hearing her mother talk to the host in English because the family always used their native language, French, for daily conversations. It made me think of talking to my mother in Marwari and how when she uses Hindi, I immediately feel that something does not sound right.

Mother tongue or native language stands for the first language learnt at home in childhood. It lends a cultural identity to an individual and shapes his accent and approach to varied thoughts. In a world as diverse as ours, the native language binds communities in harmony. Living in a cosmopolitan city like Mumbai has its perks – you are aware of Gujarati, Bengali, Marathi and many other languages. But it is depressing to see that most parents today prefer speaking English even at home.

While taking classes in languages like French, Spanish and German is a delight, speaking with your toddler in anything but English is frowned upon. Bilingualism or speaking two languages fluently nowhere includes the learning of Indian languages. While one may proudly flaunt the French merci, getting a shukriya in Hindi is difficult.

Research shows that bilingual children have a better ability to focus on a task while tuning out distractions. Also, bilingualism may delay the onset of age-related dementia, including Alzheimer’s disease in adults. So increase your brain power and become more perceptive by talking with your loved ones in your native language. Forget the ‘p’ language and speak in Sindhi, Urdu, Telugu, Kannada with your child. The grasping power of a child is higher and hence, learning native words will be a cake walk once you start speaking.  In a small way, do your bit to keep the language alive or like the dodo, this too shall be extinct.

German author Elias Canetti, who won the 1981 Nobel Prize in Literature said, “There is no such thing as an ugly language. Today I hear every language as if it were the only one, and when I hear of one that is dying, it overwhelms me as though it were the death of the Earth.”

The quote reminds me of the Busuu language from Cameroon. As of 2005, only three speakers of the language were alive. A website called ‘Save Busuu’ was started in a bid to take its heritage forward. It is time that we take pride in our local language and use it as often as possible. When PM Narendra Modi says ‘Look East!’ then let us emulate them too. Countries like China and Japan have built their economies by preserving their language and maintaining its importance.

Back home, the Kerala government has started the Malayalam Mission in the city, wherein they teach the Malayali language for free to non-resident Malayalis. The natives are not only happy but are making the most of this opportunity as it will help them get past bus signboards in Kerala.

As Indians, we need to conserve our beautiful languages and their literature. If each of us takes pride in our mother tongue, then not only does the language survive, but also our brain benefits. Every Mumbaikar will agree that Government offices work smoothly for the person who knows his Marathi. Papers get processed at a faster speed, all because you are one of them i.e. the local. Sure, that’s biased, but it shows how language can open doors.

As British writer and critic Giles Lytton Strachey said, “Perhaps of all the creations of man, language is the most astonishing.” What, then, stops us from amusing ourselves and immersing in the etymology of cohesiveness, bonding and intimacy via our native language?