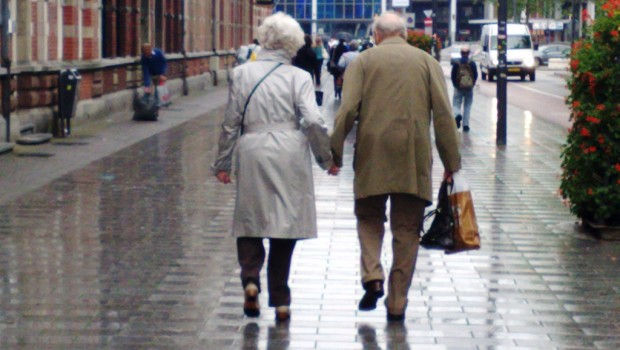 Ever wonder why a person past the age of 60 wants to marry again? We get experts to tell us.

Shantanu Banerjee* (71), a Bandra-based businessman, lost his wife to cancer four years ago. “Dealing with her illness was painful, especially the last months, when she was home and there was nothing more I could to help her,” he says. “Then she passed away, and our big house began to torture me by being so empty.”

Last year, Shantanu decided to address his loneliness. “I was living with my sister in Bangalore, and I joined a senior citizens club there. I met a woman who my own age, and like me, she loved watching movies and going for walks,” he remembers. Soon, the walks turned into day-long trips, the movie-watching turned into shopping excursions. “We realised we liked being with each other. She was a widow, had been for 10 years. But her outgoing nature made me come out of my grief. I decided to marry her.”

Shantanu and Gayathri Shetty* were married in a quiet ceremony last year. “We live in Mumbai and she has adjusted well. I love having her around the house,” he beams.

Shantanu and Gayathri are part of a growing tribe of seniors that are opting for a second shot at happiness in their twilight years. Given India’s current demographic – the UN says 32 crore of the country’s population will be over 60 years old in the year 2020, and India will soon be counted amongst the world’s ageing nations (where the geriatric population goes up every year) – we are looking at a situation where there will be several, single senior citizens. And most of them might need to find partners.

“People at that age are not necessarily looking for sex in the marriage. They are looking more for love and companionship. We’ve seen that while men want a companion, women want financial security,” says Sailesh Mishra, founder of the NGO Silver Innings, which works for senior citizens in the country.”And while there are several people whose families do not want them to marry ‘at that age’ because they fear what people will think, and also because they don’t realise that old people also need companions, we are happy to see that some children and relatives are totally supportive of them,” he adds.

A number of marriage bureaux catering to senior citizens have sprung up in recent times. Natubhai Patel (62), who started the first such bureau in Ahmedabad and who has to his credit 75 marriages and 25 live-in relationships among senior citizens across the country, says, “At that age, there is no confusion in the person’s mind about what he or she wants from the partner they seek.

For example, there was a 72-year-old who said that he wanted a wife who could also have sex with him. We found a woman, a widow, for him who was prepared to fulfil this condition. Another woman who came to me said that she got a good pension from her deceased husband’s company, and she didn’t want to give it up by marrying another man, but that she wanted a companion. Today, she lives with a man of her age at his home.”

Natubhai says he has a waiting list of 25,000 people looking for partners, and the numbers are just growing every year. “However, we want more women to come forward and ask for companions. It’s very difficult for women in our country, especially at that age, to even say that they want a man in our lives. However, more women are approaching us, which is a good sign.”

Some common expectations from senior citizens:

– A partner for marriage

– A partner for companionship; may or may not live-in with that person.

– A partner only for friendship; could be same-sex; requires the same for common shared interests.

– A partner for sex

One Response to What senior citizens want…