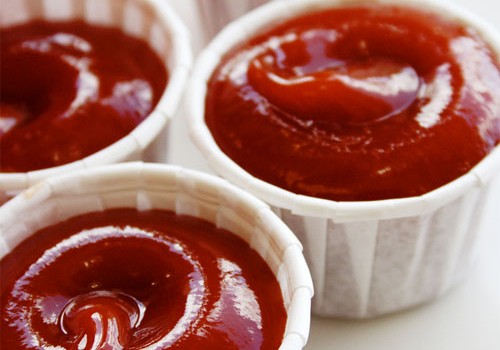 Do not put ketchup over everything you eat. Please treat it like it should be  treated – like a base.

The single worst invention of mankind, in my opinion, is ketchup. There, now I have offended 1.2 billion people who can’t live without it. But it’s true.

We are conditioned to add ketchup to anything western – pizza, pasta, bread, sandwich, burger… some people even mix it with (I’m cringing as I type this) daal and rice! Without understanding its taste or purpose, its use is lethal.

In case you didn’t know, ketchup came from the far east Asian culture of salted/pickled fish that was used as an accompaniment (the Malay word for the sauce was kĕchap). Today, it is essentially tomatoes cooked with salt and a large quantity of vinegar, which is what makes it sour. Then there is sugar and an assortment of spices, the use of which depends on the maker. It can have even onion, garlic, oregano, the sky is the limit.

What ketchup can be used for is a base for sauces – like a lazy man’s Arrabbiata can begin with ketchup, or maybe when you want to cook up a quick dip for those potato wedges.

I guess I was a little harsh on ketchup at the beginning of this piece, but hey, I stand by my opinion on how we use it. So the next time you handle that bottle, check if you really need it. Okay? Okay.

Rakshit Doshi writes for broadcast media to earn his bread and butter but also is a foodie who loves to make a fat club sandwich of it.

One Response to Oh no. Ketchup again.