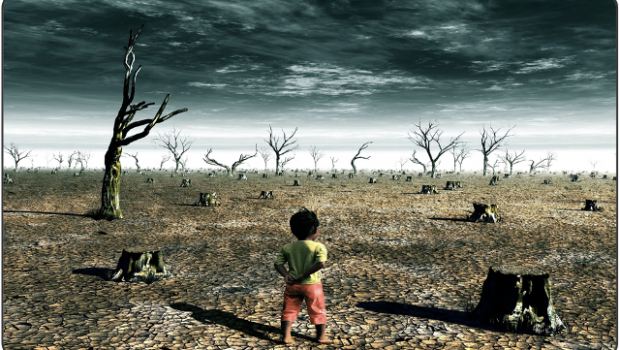 The second volume of the most comprehensive and up to date report on the state of knowledge on climate change was released late last month, establishing that the effects of climate change are already occurring on all continents and across the oceans, and that the severity of impacts will increase unless the rate and magnitude of climate change is brought under control.

The United Nations’ report by the Intergovernmental Panel on Climate Change (IPCC) has found that countries at all levels of development lack preparedness for risks from a changing climate. The geographic scale of widespread impacts is concerning as they spread from tropics to the poles, from small islands to large continents, and from the wealthiest countries to the poorest. The impacts of climate change could make efforts to tackle poverty more difficult, trapping people in poverty, hunger and poor health.

The impact of climate change could increase risks of violent conflicts in the form of civil war, says Pachauri, by amplifying well-documented drivers of these conflicts such as poverty.

Potential impacts, as mentioned in the report 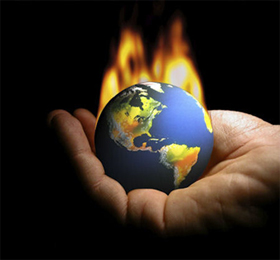 The impacts of climatic change are not limited to natural systems such as water resources, oceans and ecosystems. Some impacts on human systems such as food production, agriculture, human health and peoples’ livelihoods have also been attributed to climate change. The report identifies vulnerable people, industries and ecosystems around the world and finds some impacts are expected to disproportionately affect poor people, as they have less infrastructural and adaptive capacity to cope with climate-related losses.

But the worst is yet to come. The IPCC report is compelling in terms of the impacts of climate change that are already occurring: “Many terrestrial, freshwater and marine species have shifted their geographic ranges, seasonal activities, migration patterns, abundances, and species interactions in response to ongoing climate change,” says the report. “Based on many studies covering a broad range of regions and crops, negative impacts of climate change on crop yields have been more common than positive impacts.”

“I hope these facts – for want of a better word – will jolt people into action,” said Dr RK Pachauri, Chairman of the IPCC, at the release of the report in Yokohama, Japan, recently.

The report, in fact, establishes a link between climate change impacts and increase in inter-State rivalry. “The impacts of climate change on the critical infrastructure and territorial integrity of many states are expected to influence national security policies.”

For example, land inundation due to sea-level rise poses risks to the territorial integrity of small-island States and States with extensive coastlines. “Some trans-boundary impacts of climate change, such as changes in sea ice, shared water resources, and pelagic fish stocks, have the potential to increase rivalry among States, but robust national and intergovernmental institutions can enhance cooperation and manage many of these rivalries,” the report says. The report found evidence of climate change in the thawing permafrost in the Arctic and in the destruction of coral reefs. It found many freshwater and marine species had shifted their geographical range due to climate change.

The report also projects that risks will get more severe if global greenhouse gas emissions are not mitigated. “Increased tree mortality and associated forest dieback is projected to occur in many regions over the 21st century, due to increased temperatures and drought. Forest dieback poses risks for carbon storage, biodiversity, wood production, water quality, amenity and economic activity.”

Moreover, IPCC concludes that people, societies, and ecosystems in poor and rich countries around the world are vulnerable and exposed to climate change, with different vulnerability and exposure in different places. “Impacts from recent climate-related extremes, such as heat waves, droughts, floods, cyclones, and wildfires reveal significant vulnerability and exposure of some ecosystems and many human systems to current climate variability.”