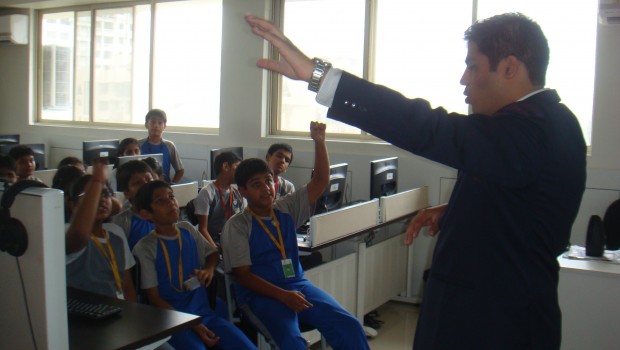 Why children must be (cyber)smarties

Three Mumbaikars are teaching school children in the city and outside it to be safe and responsible on the Internet.

Renuka Sharma (name changed) met a boy on Facebook and decided that she was in love with him. A few months later, the 16-year-old ran away from home to be with him. Fortunately for her, the boy, who did not know that she was a minor, did not take advantage of the girl; instead, he escorted her home and explained the entire situation to her distraught parents. 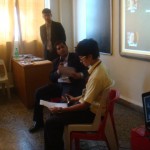 Most children are not as lucky. Drawn to social networking and gaming sites that also help them stay connected with their friends and strangers over chat windows, young children are increasingly falling prey to Internet predators, or being drawn into unsavoury bullying online. Often, unsure of how to deal with the situation, and afraid to talk to their parents for fear of censure or being misunderstood, they allow the problem to escalate out of hand.

All of this can be remedied by children knowing how to behave online. But who will teach them Internet etiquette, and what constitutes bad online behaviour? 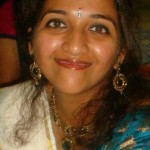 the company aims to educate children on responsible Internet behaviour, in an environment known to them (their school) and in a way that engages them. Speaking to The Metrognome, Neha (in pic on right) said, “The thing is, today’s children get access to the Internet at a really young age. Soon, they spend long hours online, signing up for Facebook or playing virtual reality games. There comes a stage when children find it difficult to differentiate between their real and virtual lives.”

What Cybersmartie does is impart this knowledge in an interactive manner. “We hold workshops for four different topics – cyber bullying, digital responsibility – what to post and what not to post, sexting and online predators – and make them really interactive. We cite current examples when we speak to them; for instance, there is no point discussing what email is and what it means, because children today have email accounts only to sign in to Facebook. We talk about the technologies they use and address their online behaviour patterns, so that the workshop becomes relevant to them,” says Shekhar.

Shekhar and Sayantan first decided to embark on this project after they accessed the latter’s nephew’s FB page in 2011. “There 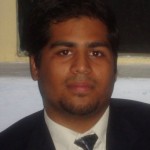 was a child with glasses who was being bullied online,” Shekhar remembers. “We saw that eight comments had been posted at 2 am. By the time we checked again at 8 am the next day, there were over 40 more comments, which meant the kids had been at it all night on a weekday. And the comments were mean and abusive.”

The two friends – they used to work together at at Pricewaterhouse Coopers – started researching this behaviour. “We learnt that it was called ‘cyber-bullying’ and that it could have far-reaching repercussions for the victim. We realised that nobody taught children about this, and there was no discussion on preventing it or dealing with it. Our schools, even our Government, does not have a policy on Internet bullying,” Shekhar (in pic on right) explains.

Neha came on board the project a bit later. “We met clinical psychologists, teachers and school principals to understand what schools needed. After researching and interacting with experts, we designed a curriculum for the workshops we would conduct,” Shekhar says. Their very first workshops happened at Lilavatibai Podar Senior Secondary School, Santacruz.

The workshops include a short video on cyber bullying, and the trio make sure to get the children to talk and share as much as possible. “They are very receptive and quick to share their experiences. However, when dealing with older kids, we engage in role playing and a quiz game-like scenario to first get them involved, then to get them to share,” says Neha.

Most teachers are not even aware of their students’ Internet habits, says Neha, who is a teacher herself. “Which sites are the students accessing? When they say they are on Facebook, what are they doing on it? What is the communication like on Whatsapp? Teachers must be involved in these things, so as to be able to help a child who is being troubled by his peers or a predator,” she explains.

She adds that a lot of children operate multiple FB accounts, apart from posting such information about themselves that can be exploited by miscreants. “We teach them not to declare their holiday plans, or reveal their whereabouts all the time. If a child comes to us and tells us that he/she is facing a problem, and several children have already done so during the workshops, we take the problem to the school authorities so that it can be resolved.”

Shekhar adds, “We must update ourselves all the time, because cyber bullying may also change its form every three months. Besides, we must recognise and accept that children will be exposed to pornography and violence on the Internet, but that they should possess the knowledge to deal with bullies or tricksters.” He cites the example of a boy who befriended another ‘youngster’ – who was actually 30 years old – and soon began confiding everything to him on FB. “The man started blackmailing the child, and started extorting money from him. Finally, the child was forced to tell his mother when the man demanded Rs 20,000 from him. Children must be made aware that they should inform their parents or teachers at the first instance of such blackmail,” Shekhar says.

The workshops deal with such topics as plagiarism and how to use others’ material for project work, how to use FB’s privacy settings, hacking, why passwords should not be shared and what to do when you’re being bullied, among other things. “We send a family ‘tip sheet’ after the workshops are over, for parents to look at. We have a module for teachers and schools too,” Shekhar says.

For more details on the Cybersmartie programme for school children, write to shekhar@cybersmartie.com or call at +91- 96193 22618.