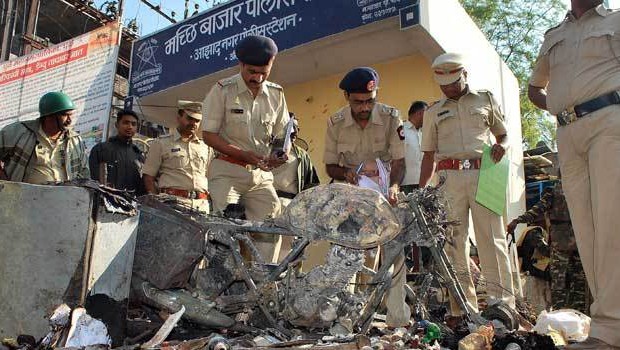 What really happened in Dhule?

A Citizens’ Fact Finding Committee alleges that timely police action could have prevented the incident from escalating out of control.

Former DGP of the Gujarat Police, RB Sreekumar once said, “Rioting cannot go beyond two hours without police connivance.” Why is it, then, that the police machinery takes days to control and settle communal clashes and riots?

A recent report put together by a group of the country’s well-respected activists on the recent rioting in Maharashtra’s Dhule sheds light on the events that actually transpired there. Says Ram Puniyani, former IIT Mumbai alumnus-turned-full time-activist, “Dhule has been in the news for the past 10 days. It has been reported in the media that a small altercation in Dhule led to an event leading to violence between Hindus and Muslims. As such, the deaths of six innocent youth and injuries to several more, and massive loss of properties, burning of houses has taken place.”

Others say that the worst part of the episode is that all this allegedly took place with the police force being present. Contrary to official reports, the people in the area stated that the behaviour of the police was very biased against the Muslim community. “In the light of these disturbing reports from local activists, we decided that a citizen fact-finding committee should visit the Dhule, to investigate and present the facts objectively,” says Ram.

The detailed report puts forward the Committee’s crucial findings. “ This violence could have been prevented had the police acted in time,” says the report. “While stone pelting was done by members of both the communities, police action was selective and directed against Muslims only. The police did not follow the prescribed protocol to control the mob. Police firing was excessive and was done with an intent to kill.

Furthermore, the report says, “159 police personnel were taken to the hospital out of which only 18 were admitted is evident from the record of the civil hospital (attached with the report). All the injuries suffered by the police were minor in nature due to stone pelting… No relief camps were set up for those Muslims and Hindus who lost their houses (approximately 40 Muslim families and four Hindu families), no immediate relief was provided by the State. Some food grains were distributed by the Red Cross.  The victims were threatened when they tried to register FIRs and no FIRs were registered.’