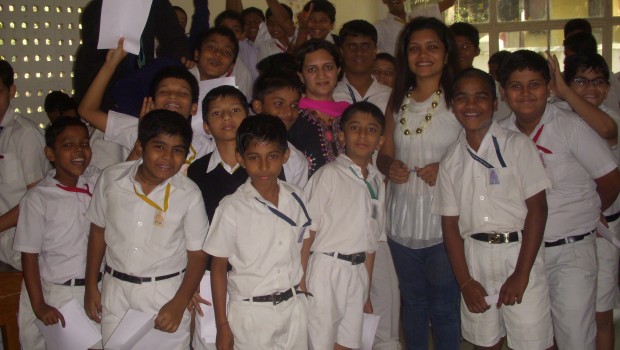 Jigisha Shah’s pint-sized protégés invest in gold, understand the share market, and know how to make the best money choices. And that’s not all.

Does your child save his pocket money? Does he keep an eye on silver and gold prices? Have you found him scanning the financial pages of your daily newspaper?

Do you think children and money don’t mix? You obviously haven’t met those trained by Jigisha Shah.

Robert Kiyosaki, financial guru and author of Rich Dad Poor Dad, which continues to rock the financial world even today, teaches people to become millionaires. Jigisha Shah 37, a Kandivali-based educationist, read Kiyosaki’s financial teachings comprehensively while doing her CA internship. “I realised that the subject of financial literacy has been widely ignored in our society. Most people struggle to take quick and correct financial decisions due to financial illiteracy. As a result, we see economic and social challenges in the country,” she states.

Following Kiyosaki’s teachings, firm in her belief that imparting financial education to children at an early age builds a strong foundation for their future, Jigisha started her FLP (Financial Planning Programme) in 2006, to help bring up generations wise in real life education. “My goal is to train people, especially children, with true knowledge and power to take control of their financial future to achieve their goals and dreams,” she informs.

But why deal with children, not adults? There’s an interesting back story. Jigisha initially started taking money seminars for adults. These produced excellent results, as some of her participants effectively saved thousands of rupees. However, during a seminar for women, a mother shared her concern about her son not valuing money and over-spending, and Jigisha was hit by the urgency to take programmes for kids.

“This mother’s concern was not an isolated case, but a reflection of slow and steady change in the behaviour patterns among children in double income families. In cities, where both parents are working, they are unable to give sufficient time to children. They usually compensate this feeling of guilt by fulfilling the material demands of their children. As a result, their children do not learn to value money,” Jigisha explains.

In just three months, she created a detailed programme for kids. Her biggest challenge was to make money interesting for kids. Hence, she created the Money Education Plan, which was realistic and fun to learn. The programme immediately became popular with children and Jigisha took it forward.

One of the modules is ‘Build money IQ’ which enhances children’s financial IQ. Another one is ‘Smart Kids Score’, which she has planned keeping numeric ability, relative analysis, value demonstration and accountability of money in mind.

So far, Jigisha has educated more than 600 students through seminars in public and private schools, and summer camps. “These children are now aware about money and are empowered to take conscious money decisions from their formative years,” she claims. Initially it was challenging to make parents understand the need for such a programme for kids. But she now feels that things have changed.

“Our country is being influenced by western culture, where loans and borrowing are fast becoming a part of life. Now more and more disposable income in the hands of the younger population is becoming a matter of concern. Educated parents with young kids have begun to understand the situation. They are getting into proactive thinking mode and so can relate to my programme,” she explains.

The kids are all right

While Ajit Mhatre, a 13-year-old student admits that he learnt about goal-setting, pyramid of life, saving and investments, how money travels and about banks, coins and currencies, Jigisha was amazed by the learning of 12-year-old Kunal, who participated in her workshop two years ago. “Last month, he came to me and said that he had collected Rs 6,000 in two years, and bought silver to invest the saved money. I was happy at his thoughtfulness about his first ever investment at the age of 10,” she beams.

But she was even more stunned when Kunal said, “I bought silver now, and when silver prices go up, I will convert it into gold, because gold will give me lots of money in the future.”

Parents are thrilled with Jigisha’s programme. “She needs just five minutes with your child, and she can exactly tell you which area your child needs support in. Her workshop has made my daughter Pari so aware about money, that when asked what she learned from Jigisha aunty, she answers in Marwari, our mother tongue, ‘Paisa waste ni karma’ (don’t waste money),” says Anita Bafna, an advocate and Pari’s mother.

Jigisha has two sons, Vatsal (10) and Jayaditya (9). Both have participated in her seminars, are money smart and have made different money investment choices. While Vatsal  has bought 100 grams of silver, Jayaditya has been investing his money in bank fixed deposits for the last three years.

Over the years, Jigisha has noticed some gender-specific behaviours among her participants. “Girls wish to save for buying things that give them emotional satisfaction, like jewelry, clothes and gifts. Boys mostly opt for sports gear and electronic gadgets,” she smiles.

Jigisha has taken her FLP to two BMC schools inGrant Road, where almost 300 children participated. “I got a great response from the children. They were eager to learn. I emphasised on saving early and its benefits, and everyone in the programme promised to start saving,” she shares.

Iravati Mane (name changed), principal ofManavMandirSchool, Grant Road, was delighted with the FLP. “If I had the opportunity to learn from such a programme in my childhood, my life today would have been more fulfilling,” she says. But though Jigisha would like to continue such programmes in BMC schools, the lack of coordination between schools and students is keeping her from implementing her programme in a bigger way.

“It is necessary that we consciously impart money education to kids at an early age. Parents should not hesitate sharing financial information with their children,” she concludes. 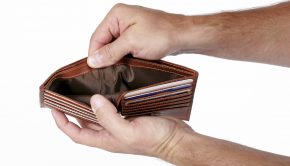 Are you making these 5 money mistakes? →