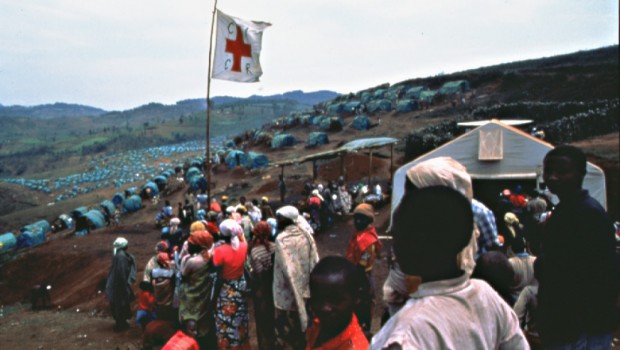 Humra Quraishi tracks the journey of the ICRC, whose first mission to India had landed in Bombay 96 years ago.

The International Committee of the Red Cross (ICRC) turned 150 years old on February 17, 2013. It is now more than 30 years old in India. In fact, ICRC’s first mission to India was on February 12, 1917, some 95 years ago, to restore contact between people separated by war.

To give you a background on this:  The International Prisoners-of-War Agency was formed on August 21, 1914. And from December 1914, ICRC delegates began obtaining permission from the different states to visit POW camps not just to check on conditions of detention but also to let the prisoners know that they had not been forgotten by the outside world or reconnect them with their loved ones. On January 25, 1917 in Cairo, the delegates of the International Committee of the Red Cross (ICRC) had just finished a camp visit of Ottoman Prisoner of War (POWs), that they received a cable from their headquarters in Geneva.

The cable directed them to inspect camps of POWs and civilian internees in Asian countries of India and Burma. The delegates got on to a ship and sailed through the Suez Canal to reach Bombay on February 12, 1917. The arrival of delegates that day
marked the beginning of ICRC’s journey on Indian soil. The mission in India began with the delegates meeting Viscount Chelmsford, Viceroy of India (the head of the British administration in India) in Delhi. In the province of Rajputana, the ICRC delegates visited the first camp in Sumerpur on March 3 to 4, 1917.

Explaining the concrete work of the delegates during such camp visits, Mary Werntz, currently the head of the regional delegation of the ICRC in Delhi, said, “The delegates would dive deep to see if the detainees were treated with dignity. From checking the barrack premises, sleeping, clothing and sanitation facilities, access to exercise and fresh air, medical services,
quantity of food received per person, to mapping the application of order and discipline on inmates by the detaining authority, every small details were observed and noted.

Efforts would also be made to ensure that the detainees had the right to practise their religion, had access to letters and parcels, and could avail the financial support from their own Government.”

Reading these details of ICRC’s work, one thought struck me: there are no formal and full-fledged wars being fought these days, so can’t the ICRC men and women look into the current state of our lockups and prisons, and what the current state of those languishing there is. In the times we are living in, there must be watchdog organisations to monitor and bring about interventions.