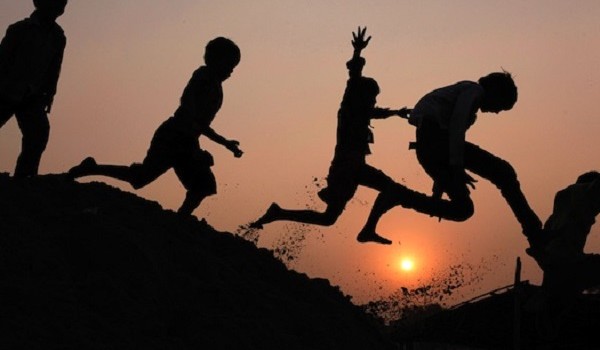 How summer has changed!

The vacations of our childhood were very different from those of our children today. All that remains is fond nostalgia.

‘Summer holidays’. The term itself makes most of us nostalgic. There is a lazy tone that attaches itself to the term even as we speak of it. You tend to go back in time and see old memories flash in front of your eyes.

The summers of my childhood were pretty special. Summers were like a king in shining armour, saving us from the monster named ‘school’. ‘Do nothing’ was the mantra we followed in the holidays. Lazy afternoons were spent playing ghar ghar or board games. Summers also meant the advent of the divine frut – mango. Sure, there were water melons, jamun and sugarcane, but none could ever threaten the supremacy the king of fruits enjoyed.

There was a peculiar method to eating mangoes at our household, as I’m sure there was in yours. One, mangoes would be served 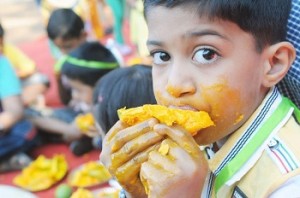 only after lunch. Two, we had to wear minimal clothing before we ate them. Three, we had to eat them sitting on the floor 🙂

The once-a-year affair with Rooh Afza would begin. Who can forget the rose-flavoured cold milk shakes that replaced the routine hot glass of milk, or the ice candies we used to make of it?  The house would burst with relatives and friends or we would go to nani’s or dadi’s house, while a privileged few would go to hill stations for the holidays. There were no evening curfews to interrupt our playing sessions. We learnt most things like cycling, swimming, craft, needle work and other creative things in the most playful manner as the days wore on.

Those of us who have lived outside Mumbai would surely remember the times they’ve splashed water on the hot verandas to cool them down. The slight dip in temperature as the water evaporated from the hot ground was a feeling that words simply cannot describe. Filling water in air coolers and earthen pots were duties we were given, and we did them with the utmost sincerity.

From amongst the aromas of summer, my favourite one is that of the achaars that were made. Stealing the kachcha aam  meant for achaar and eating with salt was a joy that justified the guilt of stealing. Another memory of summers is that of the electricity going away for most part of the day, and people fanning themselves with handmade fans. And oh the joy, when the lights would come back on and the fan would dry the sweat from our bodies! 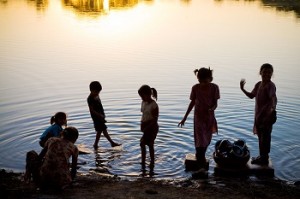 And of course, the last day of summer vacations would suddenly remind us of untouched homework, which we would try to complete (unsuccessfully) in one day.

But the summers I see now are way different from those of my childhood. Summers in Mumbai start with the sighting of alphonso mangoes at traffic signals. We still begin our summers with this fruit, but now the cost of the fruit has resulted in us rationing it. And children here don’t have the luxury of watering the lawn or playing with water pipes. Working parents make a beeline for summer activity camps to keep their children ‘occupied’, at a price. Children don’t drink Rooh Afza, but packaged juices and colas. Children are mostly indoors, in front of the television or playing games on their computers or cell phones. If relatives do come to stay, it is for a brief period, and most working parents can’t make the time to visit grandma’s.

I wish summers had retained their old charm and my children could experience what I have seen and enjoyed as a child. But with the passage of time, there has been a paradigm shift. We have to accept the changes that come and accommodate them. But still, some part of me still yearns for simpler times.

I echo what Geroge RR Martin (of A Game of Thrones) says, “Summer will end soon enough, and childhood as well.”

‘Bombay, bas’ is a weekly column on getting around Mumbai and exploring the city with a fresh perspective.

One Response to How summer has changed!