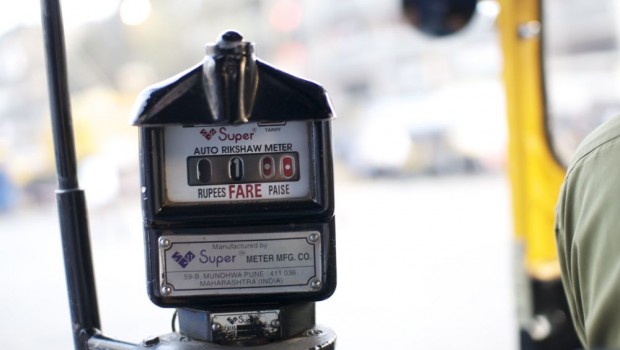 New tariff cards are out

Get the new RTO-approved tariff cards for the ride of your choice and avoid being fleeced by autowallahs and cabbies. In the absence of recalibrated meters, you’ll know how much you need to pay.

The Motor Vehicles Department has uploaded the new tariff cards for autorickshaws and taxis on its website; yesterday, the RTO-approved cards were issued to drivers of these vehicles all across the city. The ride you take today onwards might end in the driver trying to fleece you, but with tariff cards available for download in five categories, you really have no reason to be cheated on your fare. Get the new cards here.

Apart from the issuance of new rate cards, it turns out that the heads of auto and taxi unions in the city have issued “strict instructions” to their union members to “immediately inform the union if any member is using an unauthorised tariff card.” Speaking to The Metrognome, Shashank Rao, assistant general secretary of the Mumbai Autorickshawmen’s Union (MAU) said, “Ever since the government made the decision to hike the fares, we have strictly informed our men that they must procure RTO-approved tariff cards only. The new tariff cards have already come today (Wednesday, October 10), so all union members must have got them. Also, we have issued written instructions to our members that if they find anyone possessing a fake tariff card, they must inform the union immediately.”

However, he declined to say what the penalty for carrying a fake tariff card would be, insisting that “strict action” would be taken against such auto drivers.

Meanwhile, Thambi Kurien, general secretary of the Mumbai Rickshawmen’s Union, said that instructions for good conduct and the usage of the correct tariff cards and not rigging meters are always issued. “But we have no way of ensuring that they (auto drivers) are following these instructions. But since the RTO comes down very heavily on errant drivers, they (the drivers) have no option but to carry the correct tariff cards. Also, they know the consequences of tampering with the meters.”

Kurien – who broke away from the Sharad Rao-led MAU a few years ago to float his own union – said that the demand by both taxi and auto unions that meter calibration be postponed to next year, was not correct. “When the government agreed to a price hike, it was with certain conditions that all parties agreed on. One of these conditions was that all calibrations would happen within a period of 45 days from the rate hike. We will have to adhere to it.” Shashank Rao, meanwhile, said that it was unlikely that any autorickshaw driver had attempted to recalibrate the meter so soon. “We are waiting for the government’s reaction; we have asked that the recalibration be done not before May 2013 (when the next fare hikes will happen).”

A further complication to the entire calibration drama is that meter repairers and manufacturers are being coaxed by the transport commissioner’s office to finish the recalibration process within Rs 400, which these companies have refused to do. Generally, a mechanical meter is recalibrated in not less than Rs 600.

If you face problems on your commute

In the event that an auto or cab driver was rude, refused to ply to your destination, had a tampered meter inside the vehicle or had an unauthorised tariff card, call the RTO complaint helpline on 1800-22-0110, or fill out a complaint form to give full details of the offence. As per RTO sources, there has been a 20 per cent increase in complaints from commuters, for such offenses as meter tampering, refusing to ply, plying without meters, carrying fake tariff cards and demand for fixed fares.

“Commuters have three options – they can call the RTO helpline, or write a complaint using the RTO complaint form, or they can walk up to the nearest traffic cop and enlist his help,” said V N More, Traffic Commissioner, Motor Vehicles Department.

More added, “In addition to the existing penalties and action under the Motor Vehicle Act, we now register complaints under Section 120 of the Indian Penal Code against drivers and permit holders who tamper with meters or use bogus cards.”

Mumbai tweets on the auto and taxi fare hike:

@rickfare: @atulkarmarkar Hi Atul! The new fares have been updated on http://rickfare.com. Spread the word 🙂

@bombaylives: Nice to see empty auto-walas, everyone seems to have moved to Buses. #bombay #mumbai

One Response to New tariff cards are out