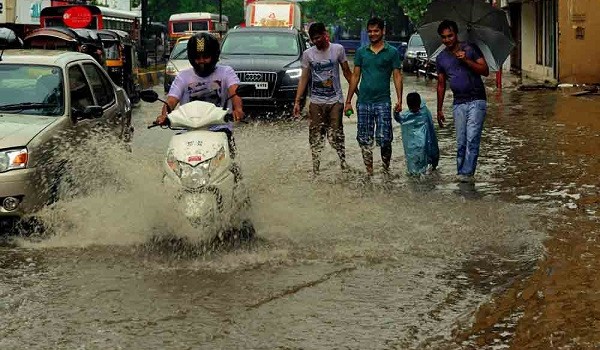 The rains reached Mumbai and Thane three days before expected time this year, on June 7. Before the monsoon started here in earnest, it lashed Pune, Ratnagiri and the State’s drought-prone regions.

Today, however, as Mumbai and Thane woke up to dark skies and sheets of rain that threatened to never stop pouring, the rest of Maharashtra was spared the battering. As per figures from the Revenue and Finance Department, Government of Maharashtra, Mumbai suburbs, Mumbai city and Thane recorded the highest rainfall figures in the State.

As per Government figures, Mumbai suburbs recorded 90.40 mm rainfall, while Mumbai city clocked in 81.10 mm. Meanwhile, Thane experienced the most amount of rain in the State today – 150.02 mm of rainfall.

The only other district to record high rainfall figures today, apart from these three, was Ratnagiri, which recorded 108.31 mm of rainfall.

In Mumbai and Thane, commuters experienced the usual troubles that are now synonymous with monsoon here – incredible road traffic, water logging at the usual low-lying spots, and train schedules thrown off kilter. There were numerous complaints of autorickshaws and cabs refusing to ply short distances.

Keep these numbers handy this monsoon: