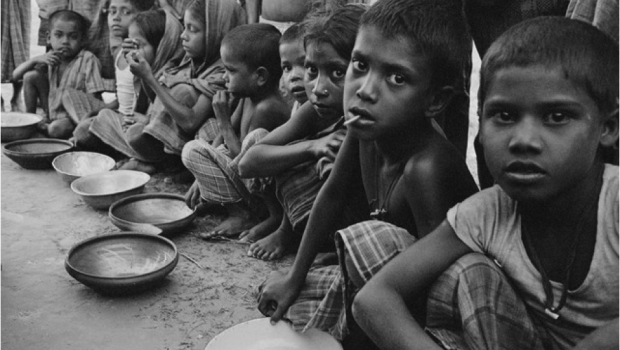 For long, we’ve considered malnutrition to be a rural problem, far removed from the complexities of urban life. So it comes as a bit of a shock to know that, despite the government’s assurances of working on curbing malnutrition, an urban centre like Mumbai has over 4,500 children falling under the malnourished category. What’s more, Mumbai ranks higher than other urban centres in the state with regards to percentage of malnourished children.

As per the latest government figures for June 2012, released by the Integrated Child Development Services (ICDS) Scheme, which is set up under the Women and Child Welfare Development, Government of Maharashtra, out of a total 2,50,662 children weighed across the ICDS’ aanganwadi network in Mumbai, 4,648 children are severely underweight. The highest numbers come from Shivajinagar, where 511 out of a total 19,152 children surveyed were severely underweight, followed by Kanjurmarg (236 out of 12,122), Mahim, (277 out of 15,456), Andheri-3 (225 out of 12,398) and Mankhurd (192 out of 15,119).

It must be noted that the ICDS has not yet achieved 100 per cent coverage in Mumbai, and the figures disclosed through the June 2012 report may be only a part of the actual figures. Naturally, this means that these figures are indicative of only those children enrolled in the government outreach programme.

The ICDS’ main aim is to improve the health status of children in the age group of zero to 6 years. The aanganwadis are set up in slum pockets to monitor children as well as expectant and new mothers. A report is compiled for all aanganwadi reach and results, apart from data culled from local NGOs. An official from the Women and Child Welfare Department, Government of Maharashtra, said that there was actually an improvement in the figures. “If you compare the figures for June 2011 with the figures culled in June this year, you will see that there is a 10 per cent improvement, in the sense that there is a 10 per cent increase in the numbers of ‘normal’ children weighed,” he told The Metrognome.

Meanwhile, an official from the Rajmata Jijau Mother-Child Health and Nutrition Mission, which takes stock of the ICDS figures and monitors the progress in the affected areas, told The Metrognome, “We visited the Shivajinagar area because the maximum number of severely underweight children were found there. There are a number of reasons for the high incidence in this category – the slums are in the worst condition, there is inadequate sanitation, the water lines are adjacent to gutters, there is no system to remove wastes. Plus, there is a huge migrant population residing there, with their own set of problems – no documentation and little awareness of health and hygiene. We did a micro-project there for five days to determine how to tackle the issue better,” he said.

A major roadblock to immediately treating the children in the moderately underweight to the more ‘dangerous’ severely underweight category, he added, is that the Centre’s funds for malnourished children are earmarked for rural areas and not urban pockets. “However, we have approached private companies who have agreed to help certain pockets which require intervention. Also, we will be setting up centres at Shivajinagar, Dharavi and Mankhurd, the training for which has already taken place. Also, after April 1 next year, the Centre has decided to release funds for urban areas as well, so that should make things easier.”

What do you think the government should do to reduce and eliminate malnutrition from the city? Write in with your views to the editor@themetrognome.in and we will forward them to the Women and Child Welfare Department, Government of Maharashtra.