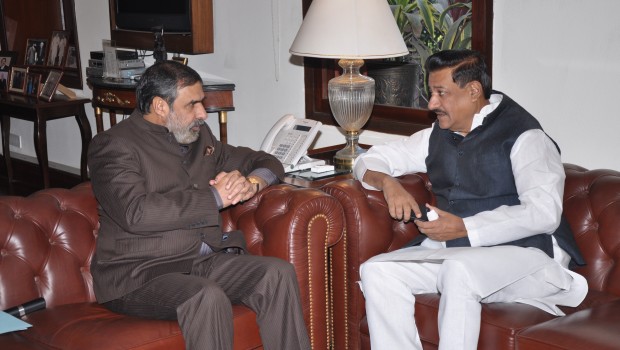 December 6 is a special date for dalits across the country – on this day, lakhs of dalits make the pilgrimage to Chaityabhoomi to pay homage to Dr  BR Ambedkar. This week, as the city’s security personnel gear up for the rush of pilgrims, there is another issue likely to create a ruckus in Mumbai – the handover (or not) of the Indu Mill land for a memorial dedicated to Dr Ambedkar.

The issue is about 10 years old. Dalit organisations in Maharashtra, primarily the Republican Party of India (RPI) and the Bharip Bahujan Mahasangh, have been demanding that 12.5 acre of Indu Mill land at Dadar be handed over to them for the building of the Ambedkar memorial, however the Centre and the State have not yet taken a decision on the same. Two days ago, nine dalit organisations in the State declared their intention to come together and fight for the land – they have demanded that the land be handed over before December 6 this year, or else they would forcibly occupy it.

To this, Chief Minister Prithviraj Chavan has assured that a final decision would be taken before December 6. Last year, dalit organisations had forcibly occupied the land for two weeks, before the State managed to pacify them.

Chavan had a meeting with Anand Sharma, Union Cabinet Minister in charge of Commerce, Industry and Textiles, in New Delhi, yesterday. After the meeting, Chavan said, “Prime Minister Manmohan Singh has approved of the idea of erecting a memorial on the Indu Mill land, in principle. Naturally, there is no legal issue that we need to sort out. The Centre and the State will see to it that there is no legal hassle in erecting the memorial at the site. However, I urge all parties concerned to not politicise this issue.”

The twist in the tale is that the land is currently in the possession of National Textile Corporation (NTC), which is reluctant to hand over the land to the State Government, citing that it wants a compensation to the tune of Rs 2,000 crore. The State has countered this by saying that the compensation would not exceed Rs 1,000 crore. After the meeting today, Sharma said, “The memorial will certainly be constructed, but we are in the last stages of sorting out the transfer issue. This is why the final decision has taken some time.” The Central Government wants to keep the ownership of the land, while the State is willing to develop the memorial on it.

Chavan said that the technical issues regarding the reservation of the land and the question of how to make changes to the reservation had caused delays in the final decision. Both he and State Home Minister RR Patil have urged leaders to exercise restraint. Meanwhile, it is learnt that Patil is reviewing security arrangements for December 6 in the light of this development.