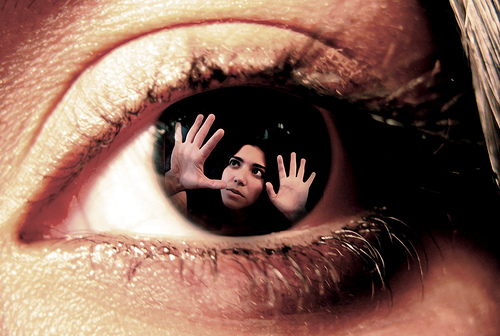 Free to go but nobody to take them home

Women languishing at Mankhurd shelter home despite release orders, because police personnel have not yet escorted them to their homes.

Three days ago, Mumbai Mirror broke the story of how a woman, after escaping with 35 others from the Mankhurd-based, state-run Navjeevan Mahila Vastigruh spoke of rapes and ill-treatment of inmates. While all hell broke loose at the Government level – the Chief Minister and Home Department immediately ordered inquiries into the incident – another, bigger fact came to light after Rajendra Pokharkar, Divisional Commissioner, Women and Child Development department, submitted a preliminary report of an inquiry initiated by his department.

In his report, Pokharkar said that as per his findings after the incident, “Prior to this (mass breakout on October 27), about 17 other girls had run away from the institution on September 10, 2012. That time, the girls had had one persistent demand – they kept saying that the court had ordered their release, that they were free to go, and that they should be allowed to leave because they had not committed any crime. At the time, they were told that once suitable police escorts were arranged for them after the festive season was complete, they would be sent home to the addresses they had provided in writing to the court.”

The procedure followed by shelter homes is that once the court ratifies a person’s release, that person cannot leave of their own volition, but must be escorted to their residences by police personnel. Pokharkar added in his report, “The shelter has space for 100 inmates, but on the morning of October 27, there were 212 women at the shelter. There is overcrowding of inmates at the shelter. Also, there are some inmates who have been languishing in the shelter for over a year now, despite release orders, because the police escort has still not been provided to them. This had led to a growing unease and frustration among the inmates, and with 93 additional women, a big group of old and new Bengali inmates was formed. This group then hatched the plan to escape from the shelter.”

How the women got away

On the night of October 26, he said, this group spread the rumour that there was a stranger on the building’s terrace. “Taking advantage of the feeling of insecurity among the other women, the next day this group went up to the institution’s gate and picked a fight with the security guard and the women constables posted there. A lot of confusion was caused at the gate, and about 100 of the inmates pushed the gate hard from the inside, and about 25 of them bent the gate grilles. Some other women threatened the guards and constables with pieces of broken glass, and when the inmates physically attacked the guard and constables, 36 of the women escaped outside the gates.”

However, 13 of the runaways were caught by Govandi police station cops a day after the incident, while the others are still at large.