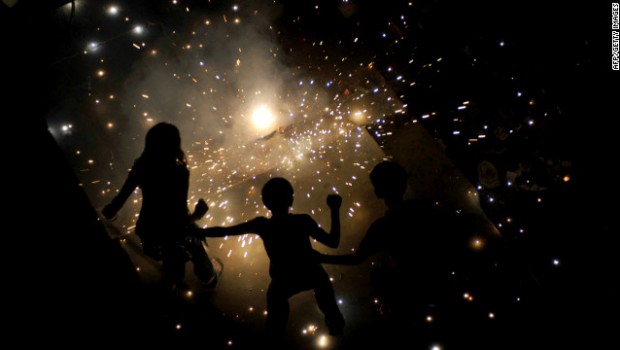 27 brands of firecrackers tested in Mumbai; most of them violate sound limits and do not mention their chemical composition.

The firecrackers you may have bought this Diwali might harm you and your family. Read on to know why.

On November 7, the Maharashtra Pollution Control Board (MPCB) tested firecrackers available for sale in Mumbai. The testing was done thus: samples of crackers of different types from various companies available in the market were procured. They were tested where open space was available with a concrete surface. The noise measurements were made at a four metre distance from the fire crackers.