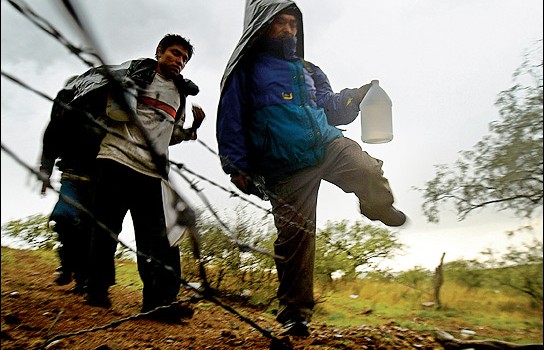 1,374 Bangladeshis caught in Mumbai this year

They crossed over into the country and later, Mumbai, without valid papers. 250 Bangladeshis were deported in 2012 by cops.

The numbers of illegal migrants to India show no sign of dwindling. Bangladesh, especially, is guilty of sending the most numbers of migrants to India every year, as police records show, and many of these make their way to Mumbai. This year alone, the Mumbai police have apprehended 1,374 Bangladeshis, of which 250 have been deported.

Last month, too, the I Unit of the Special Branch of the Mumbai Police had rounded up close to 250 Bangladeshi workers employed on major infrastructure project sites in the city. The workers were caught after a series of surprise raids were conducted on these sites, one of which was an MMRDA project, and none of those caught had valid work permits in their possession.

What’s more, illegal Bangladeshi migrants have been found to reside in across the length and breadth of the city. Last week, in a series of raids conducted by the I Unit in such locations as Mankhurd, Ashok Nagar (Borivli east), Thane rural, Navi Mumbai (Kharghar, Kamothe village and Ghansoli), Vasai, Turbhe (Indira Nagar slums), Mira Road, Naigaon, Bhayander and Nalasopara, among others, 328 migrants were apprehended for staying in the city. These comprise over 70 children as well. The raids were conducted by special teams on December 6 and 8, 2012.

Mumbai alone accounts for 1,374 arrests of Bangladeshi migrants this year. We wonder what the numbers add up to in the rest of the State and the country.