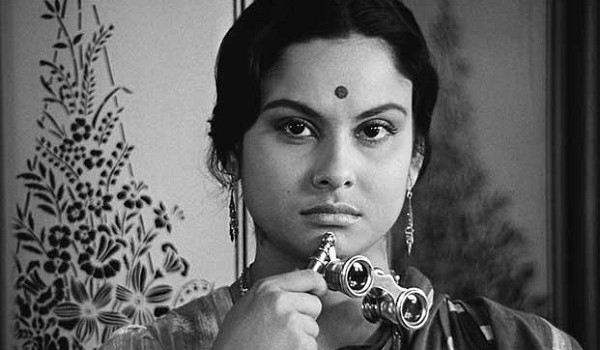 This evening and tomorrow, spend your time wisely – revisit Satyajit Ray’s iconic classics Charulata and Mahanagar. Max Mueller Bhavan is screening both these films in the evening hours.  (See directions and timings below).

Charulata is based on a story by Rabindranath Tagore ‘Nastanirh’ (The broken nest), Satyajit Ray’s exquisite story of a woman’s artistic and romantic yearning takes place in late 19th century, pre-independence India, in the gracious home of a liberal-minded, workaholic newspaper editor and his lonely wife, Charulata (Madhabi Mukherjee). When her husband’s poet cousin (Soumitra Chatterjee) comes to stay with them, Charulata finds herself both creatively inspired and dangerously drawn to him. Charulata is a work of subtle textures, a delicate tale of a marriage in jeopardy and a woman taking the first steps toward establishing her own voice. The film was shown at the 1965 Berlin Film Festival and is considered one of Ray’s finest works. 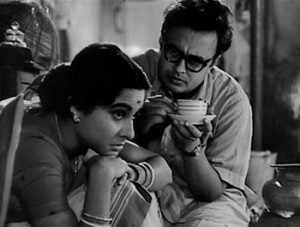 Mahanagar (in pic on left) is based on Calcutta in the mid 1950s. The film opens with a vignette of a lower middle-class family. Based on a novel by Narbenda Nath Mitra, Satyajit Ray takes a rare foray into social satire with 1963’s The Big City. Anil Chaterjee stars as the typically subjugated wife of an Indian bank official. When the banker loses his job, he orders Anil to find work to make ends meet. The wife subsequently runs the household finances so brilliantly that soon she is in the driver’s seat, in direct opposition to long-established Indian matrimonial custom. This film was seen by some critics as a subtle plea for improving the status of Indian womanhood. 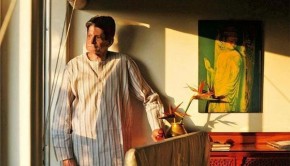