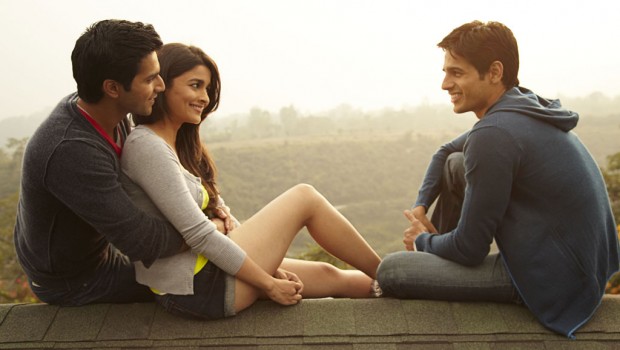 The hilarious spoof of ‘Ishqwala Love’ from SOTY has got over 3,300 likes already. Check it out.

We are frankly amazed by how many filmgoers actually dislike Karan Johar and his films. This is evidenced yet again by this spoof of Ishqwala Love, the sweet and slow number from the filmmaker’s latest offering, Student Of The Year, in which the creators of the video, The Viral Fever Videos, have gone to the extent of singing the track again, fitting in their own lyrics as per the situations in the song. The video is very popular on Youtube and has been liked over 3,000 times in just four days of going online.

The spoof is titled Gana wala song: the Q-tiyatic version, and has some hilarious rewritten lyrics. Check out the video here

Sample some of the new lyrics:

A rather dismal-sounding male voice croons the song, and we suspect, the same voice has sung the female lines as well. The overall effect is extremely entertaining, to say the least.

Two thumbs up for creativity and coming out with a remixed version that looks and sounds really funny in the new context.

One Response to Gana wala song