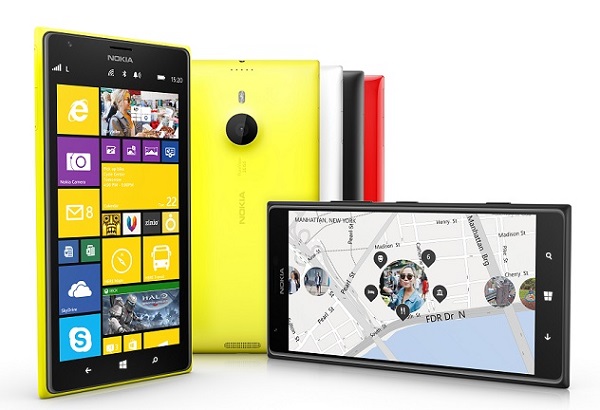 What went down at the Nokia World event

As many as six new devices came out of the recent Nokia event, Abu Dhabi. Here’s a look at each.

The last Nokia World event, from Abu Dhabi, was recently concluded and we saw as many as six new devices from the company. Nokia announced three new Asha phones, two new Lumia smartphones, and one, its first, Windows 8 RT tablet.

Let’s take a look at the new launches.

Asha 500: This phone has a 2.80-inch QVGA touchscreen, and a 2 MP rear camera. Supporting a microSD card of up to 32 GB, it is equipped with Bluetooth 3.0, WiFi, microUSB, and comes in single SIM and dual-SIM options. It’s priced at $69 (before tax).

Asha 502: This dual-SIM phone boasts a 3-inch QVGA touchscreen and 64 MB of RAM. On the back, there’s a 5 MP camera (with LED flash). Other features include Bluetooth, WiFi and microUSB. It’s priced at $89 (before tax).

Asha 503: This is an Asha device with 3-inch touchscreen along with Gorilla Glass on top. Available in dual-SIM and single SIM options, the phone sports a 5 MP rear camera and expandable storage up to 32 GB. It’s priced at $99 (before tax).

It was also announced that WhatsApp is soon coming to the existing Asha devices. 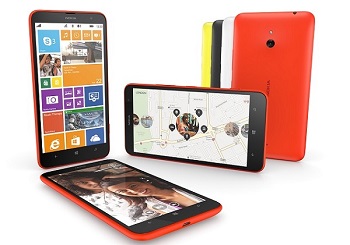 Lumia 1520: This is Nokia’s first Windows Phone device that boasts a full HD screen (in featured image above). It has a 6-inch 1080p screen with Nokia’s ClearBlack technology. It is powered by Qualcomm’s 2.2 GHz quad-core Snapdragon 800 SoC, along with 2 GB of RAM. Other features include Bluetooth 4.0, WiFi a/b/g/n/ac, microUSB 2.0. The phone packs 3,400 mAh battery, and also supports wireless charging. Another USP of this phone is its 20 MP camera that has Nokia’s popular PureView technology. On the front, there’s a 1.3 MP camera, too. Colour options include red, yellow, white and black. 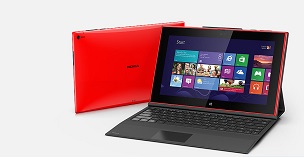 Lumia 2520: This is a big one – literally and figuratively. Nokia’s Lumia 2520 (in pic on right) is the company’s first Windows 8.1 RT tablet, and it follows their Fabula design. The tablet has a10.1-inch full HD screen, a 6.7 MP rear camera, and a 2 MP front-facing camera. With 32 GB of internal storage, and expandable option through microSD, there’s a lot of storage space for its users. Under the hood, there’s 2.2 GHz quad-core Snapdragon 800 SoC, along with 2 GB of RAM. Connectivity-wise, there’s Bluetooth 4.0, LTE, microUSB, NFC and WiFi. The Lumia 1520 comes in white, black, red and blue colour options.