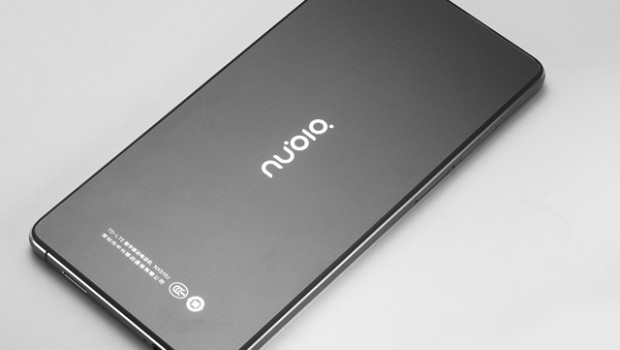 ZTE is a Chinese company that’s into 3G dongles and smartphones, but like a few other brands (Micromax has YU), ZTE too, is now out with a separate sub-brand that caters mainly to online retailers. The Nubia Z9 mini, available exclusively on Amazon, is a mid-range Android 5.0 smartphone that the company says is more than any other smartphone launched in this price category. But is this claim really true?

The looks. The Nubia Z9 mini (NX511J) follows a rather premium design and feel. As soon as you hold it, you will notice its double glass back and front (both are prone to smudges) as well as metallic rim across its sides, and if you don’t spot that rear-cover slot, you may conclude the cover doesn’t come off. The front has three backlit capacitive touch keys — you can change what function other two buttons perform (Menu/Options or Back), the circular Home button is more prominent and doubles up as LED notification.

Above the 5-inch full HD screen, you have an 8 MP front-facing camera, speaker grille and sensors. On the back, the 16 MP camera as a Red outline, LED flash, Nubia logo in horizontal all over a nice dotted pattern from the phone’s black colour. Removing the back cover reveals the microSD card and non-accessible 2,900 mAh battery unit. The right side has volume rockers and Power/ Lock key (both are tactile), and the left side only has SIM card tray (two nano SIM card slots). At the bottom, there’s the chrome-outlined microUSB port, loudspeaker jack and primary mic; while the top has 3.5mm headset and secondary mic.

The screen. The phone’s 5-inch full HD LCD has good bright colours. It can handle HD content, but struggles with its viewing angles. For general photo viewing and Web browsing, it is just as good a screen as any in this price range.

The camera is the best thing about this phone. The rear camera takes detailed shots with good contrast levels. In daylight, photos came out saturated, while low-light, too, wasn’t bad. There’s a Pro mode that lets you play around with camera settings among other modes like Field of Depth and HDR. This is surely one of the best phone cameras available under Rs 18,000 today.

Audio. The loudspeaker at the bottom isn’t great. It performs well for pop music, but is extremely inadequate for rock, something that I haven’t seen on phones for a while. In-ear voice quality, though, is on par and so is network reception. The only connectivity issue I found was that the phone just won’t switch off location (GPS). It will keep showing you the GPS icon in the status bar even when you have manually switch it off.

Battery. The phone struggled to last 20 hours on a full charge. With brightness at around 25 per cent, two Email Accounts in sync, a lot of Twitter and some YouTube videos, this phone’s 2,900 mAh battery is not meant for a full day’s use in case of heavy usage.

Software and performance. The phone is equipped with a Snapdragon 615 SoC (1.5 GHz quad-core + 1.1 GHz quad-core processor, Adreno 405 GPU) along with 2 GB of RAM. The device runs on Android 5.0.2 with Nubia 2.8 UI on top. In terms of general performance, I found the phone to be initially pretty responsive. But once you have a few apps opened and Webpages on browser, it starts to slow down a little. It worked fine for baisc apps but does get a little hot when playing games.

Nubia UI follows no separate app launcher pattern, and is mostly made of Red and White gradients. Apart from a few grammatical errors in the OS and weird-looking pop-up box for Shut down and battery low message, Nubia UI seems aesthetically nice. Nubia UI has similar customization options as most other Android OEMs today and nothing much that stands out or is worth mentioning here. However, the company could certainly try and fix bugs like clearing Recent Apps list doesn’t work from the clear button in horizontal list or from the toggle button. The user gets about 11 GB of storage space, which can of course be further expanded using a microSD card.

Thus, the Nubia Z9 Mini is a mixed bag. It has a great camera, good screen, standout design for this price range, but average battery life and passable software. It really depends what your priority is — camera, looks and screen, but if not, you may prefer looking somewhere else.