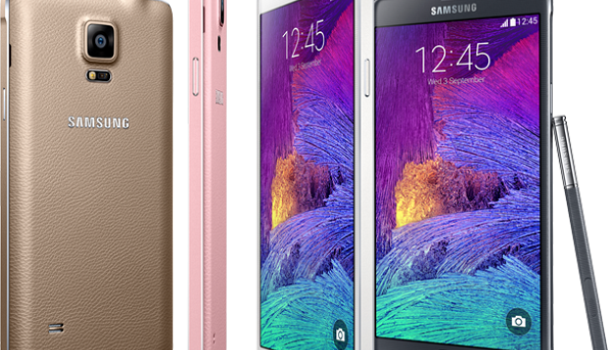 This just in: Samsung Galaxy Note 4

The new Samsung Android smartphone launches in India at Rs 58,300, and will be available for sale later this week. 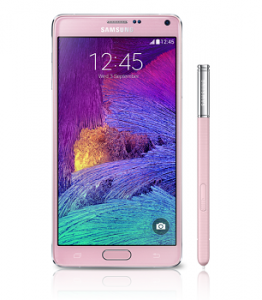 Samsung has launched its new Galaxy Note 4 in India. The series, popular for its bigger screens and stylus use, has been among the most popular crop of Android smartphones out there.

The Note 4 features a 5.7-inch (2560 x 1440) Super AMOLED making it the first Samsung smartphone with a Quad HD screen to be available in India. Equipped with the S-Pen, the phone, for the Indian market, is powered by the Qualcomm Snapdragon 805 SoC (2.7 GHz quad-core Krait 450 Processor, Adreno 420 GPU) along with 3 GB of RAM. Running on Android 4.4.4 wth TouchWiz on top, the phone comes with 32 GB of on-board storage, which is expandable up to 128 GB via a microSD card. There is a 3,220 mAh battery unit that is user-replaceable.

The phone comes in blossom pink, bronze gold, charcoal black, and frost white colour options, and has been priced at Rs 58,300, to be available starting later this week.