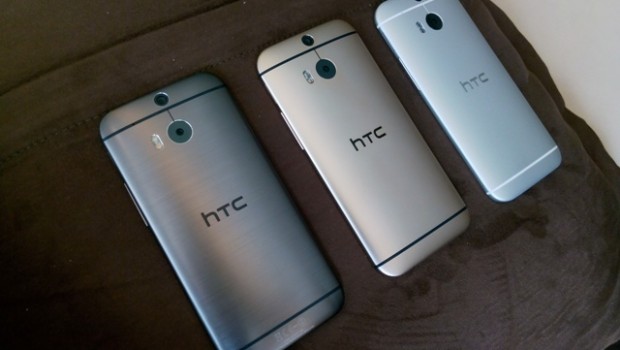 HTC launched the new One in India yesterday. The One (M8), following the same form factor and design on the original One (M7), is the company’s latest flagship device that is already available in several international markets for about three weeks now.

Running on Android 4.4.2, this is HTC’s first device to run their new Sense 6.0 UI, which has been tweaked for better performance, as per the company.

Continuing with the trend of going larger on screen sizes, the new HTC One has got a 5-inch full HD SLCD 3 in place. HTC’s new One is powered by the Snapdragon 801 chipset (2.5 GHz quad-core processor, Adreno 330 GPU), along with 2 GB of RAM. Sporting BoomSound speakers on the front, the new One has supposedly better loudspeakers than the One, following the same placement. On the back, HTC put a 4 MP ‘Ultrapixel’ camera, plus, there’s also a secondary sensor on the back that is called a ‘depth sensor’; it is a 2 MP sensor that measures field depth in an image in order to make focus changes as post-effects., The front side has a 5 MP, which is a higher resolution sensor, camera with wide-viewing angle.

Connectivity-wise, there is Bluetooth 4.0 (with LE deployed), WiFi a/b/g/n/ac, NFC, Infrared port on the top, 3.5mm headset jack at the bottom, and microUSB 2.0. The phone comes loaded with 32 GB of storage, and this time HTC also equipped the standard model with a microSD card slot, allowing you to expand storage up to 128 GB. Also, you get 65 GB of free storage space on Google Drive for two years. 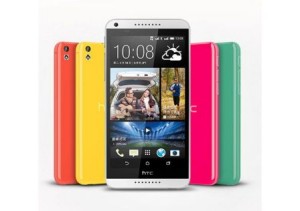 HTC’s Desire 816 (in pic on left), previously seen at this year’s MWC, is company’s mid-range Android 4.4.2 device that boasts a 5.5-inch 720p screen. It’s equipped with BoomSound speakers, and packs 2,600 mAh battery. This dual-SIM Sense 6 phone has got a 13 MP (BSI sensor) rear camera as well as a 5 MP front-facing camera that can shoot HD videos.