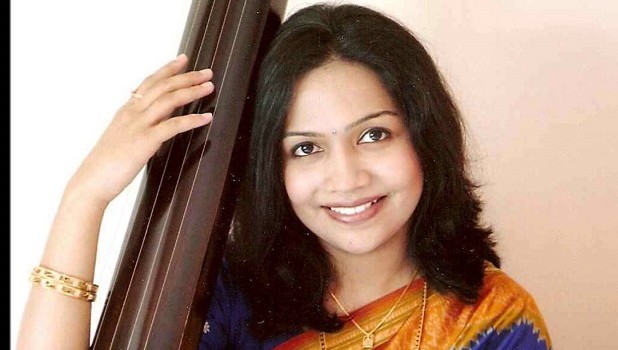 Vocalist Sawani Shende will lend her rich voice to rain themed ragas this evening at the NCPA. Do not miss.

The rainy season is richly celebrated in Hindustani music. While there are ragas specific to the monsoon, semi-classical genres of thumri and allied forms such as kajri, sawan, jhoola also express myriad shades of emotions, from pain of separation to the joy of union with the beloved, in the months of Sawan and Bhadon.

Born in a musical family, Sawani Shende has trained in classical and semi-classical music under Kusum and Sanjeev Shende, her grandmother and father, respectively. She also received guidance from vocalist Veena Sahasrabuddhe. Sawani’s music is an aesthetic blend of Kirana and the Gwalior Gharanas. Having made a debut at the age of 10, her musical journey is replete with performances and awards. She has a number of commercial albums to her credit, and has sung for several Marathi films and TV serials.

This evening, she performs in ‘Meghranjani’, with a song selection picked from traditional repertories of classical and semi-classical compositions celebrating the splendour of the rains.

One Response to Attend: Sawani Shende performs in Mumbai