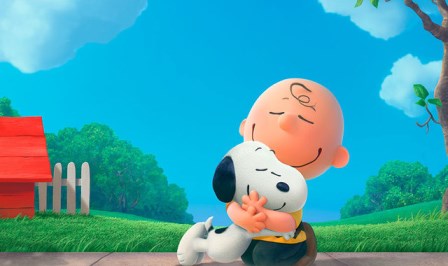 This one is for you if you love Snoopy and Charlie Brown.

The story revolves around Charlie Brown (voiced by Noah Schnapp) who develops a crush on his  new neighbour, The Little Red-Haired Girl (voiced by Francesca Capaldi) and his efforts to grab her attention. In a side story, Charlie’s loyal beagle and best friend Snoopy (voiced by Bill Melendez) discovers a typewriter and decides to write a novel about his alter-ego, The World War I Flying Ace trying to save his lover Fifi (voiced by Kristin Chenoweth) from Red Baron.

On Lucy’s (voiced by Hadley Belle Miller) advice, Charlie who is frustrated with his streak of bad luck, decides to participate in a series of new activities in the school in a hope that The Little Red-Haired Girl will notice him. Charlie participates in the school’s talent show for a magic act with Snoopy; however when his sister Sally’s (voiced by Mariel Sheets) performance goes wrong, Charlie sacrifices his own performance time for her and rescues his sister’s act with Snoopy’s help. Charlie realises that his crush likes dancing and so signs up for the school dance. While he receives praise for his dancing (which he learns from Snoopy), he slips and sets off the sprinkler system, which cut shorts his dance and all the other students ridicule him.

Charlie’s bad luck continues even on a book report project that he must partner his crush on. After a series of events, he walks away from fame and glory when he realises that he is being praised for someone else’s work.

Director Steve Martino keeps the film sweet and simple with the right amount of emotions and focuses on the themes of friendship and resilience. The lead characters are adorable, and it has its LOL moments. Mostly, though, it is a nostalgic ride for fans of the famous comic strip featuring two beloved characters.