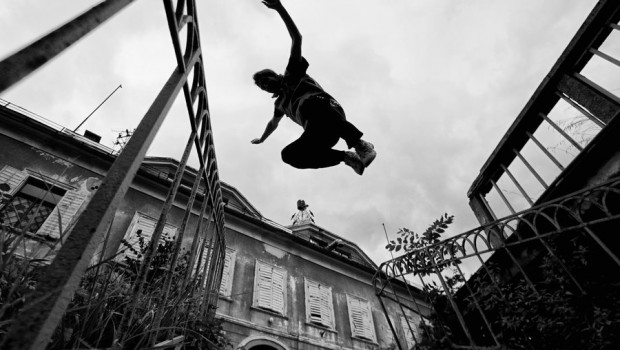 The diary of an event manager whose film promotion show was totally ruined by an Indian action hero’s outrageous demands.

There is a certain man in Bollywood who loves a good stunt, both on and off screen. And here’s  a page from an event manager’s dairy, a person who was given the onerous task of bringing, let’s call him Desi Lee, to a film promotion gig.

Today, I searched for a local arms and ammunition shop on Google Maps. I never thought I’d need a gun so badly in my life. I can shoot the lead actor of the project I am currently working on. No doubt he is the only decent action hero in the industry, but he desperately needs a reality check, and today he crossed every line in the book.

It all started a week ago, when the stupendously irritating marketing head of the film decided to throw a last-minute event to launch the film’s theatrical trailer. Why not upload the trailer on YouTube and move on, you ask? Darling, this is Bollywood. Mr K Jo threw an event for the trailer release of his last film, so now everyone else will do the same.

Coming back to my horrible life. I had only a week to pull this big deal of an event. Scouting the venue, drawing the guest list, arranging for the food and booze were the easiest parts. The lurid portion of the party was deciding the ‘entry’ for Desi Lee.

Lee likes to believe that he is a reincarnated avatar of Bruce Lee. Performing his own stunts in his films is commendable, whereas insisting on doing a stunt at a live event is plain foolish. Sometimes I wonder if he does normal, everyday activities like the rest of us. Like, does he sit on the pot like all of us do, or does he somersault and land on it? His antics began when he said that he would not walk to the podium, his ‘entry’ had to be mind-boggling and should leave the audience shocked. Thus began the journey of an endless pursuit for the right action act.

At first, he wanted to land at the venue in a hot air balloon, and I wanted to be King of the world. The multiple licenses and the limited time frame to import a hot air balloon made the task impossible. So that idea was mercifully scrapped.

Then Lee thought that since going up was not an option, coming down would be more exciting. So the alternate idea was for him to come down a fireman’s pole while performing Indian acrobatic acts. This would have been a great idea in an open maidan. But Leebhai grand event was to be held in the ballroom of a five star hotel.

Of course, the hotel refused to allow a hole to be dug in their floor, and worse, to have a pole fixed in the middle of their lavish 5,000 square feet banquet hall.

Lee was furious by now. With only three days to go for the event, he had no dhaasu entry. He was not ready to lose face. Everyone was summoned for an emergency meeting. After wasting hours on discussing options like skateboarding, parkour, stunt bikes and even riding a horse in a closed hall, Lee finally agreed on making his entry on a Segway, but with a twist (there has to be a twist, this is Desi Lee who lands on his pot after a somersault). Just riding a Segway also requires some practice, but this was not challenging enough for our action hero. So he decided to break a wall through the Segway and come rolling onto the stage. At this point I was looking for a wall…to bang my head against!

The production team starting working on building the wall out of cardboard. If I had my way, I would bring in the masons that worked for Mughal-e-Azam because they would know how to build a wall to bury Lee alive. Then Lee saw the blueprints of the construction and didn’t seem very excited. Next, came the tantrums.

With just two days to go, the preparations were in full swing when he dropped the first bomb – he wanted a change in the event’s timing. Next, he wanted an executive suite at the hotel to rest before he commenced the event. The final demand was to change the venue to a location convenient to him and closer to his house. Change the venue now? How was that going happen? All the other halls were booked and only one available in the desired location was way too expensive. The additional cost for procuring a new venue made the management fall off their chairs.

They gave an ultimatum to the marketing team – retain the venue or cancel the event. There was no way on Earth they were going to incur additional cost to build and later break a wall.

Mr Lee didn’t budge an inch and so the event was called off.

My hard work, all week, round the clock, was flushed away by a star and his demands.

I am still looking for that gun shop.’