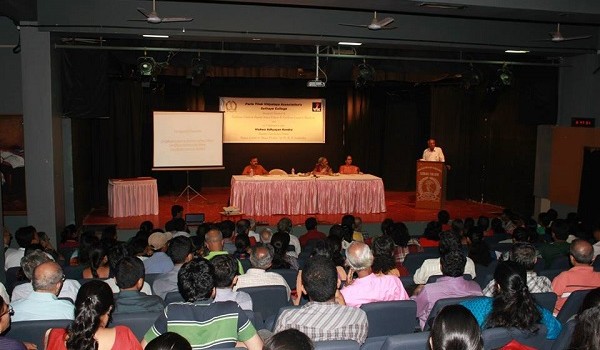 You can now study the Aryan problem

To a lay person, the historical ‘Aryan problem’ means only two things: one, the Indians who claimed this identity and composed the Rig Veda in the hoary past and two, the ‘Aryan race’ that became the chief intellectual weapon of Adolf Hitler for unleashing World War II. 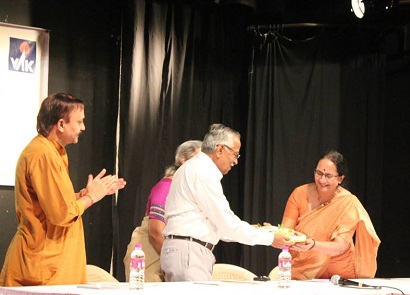 But as Dr AP Jamkhedkar, former director of the department of archaeology, Maharashtra state and vice president, the Asiatic Society of Mumbai,  explained the genesis, development and the current status of “The Aryan Problem”, the audience sat, rapt, at Sathaye College as the multidimensional nature of this centuries old academic challenge unfolded before them.

He was speaking at the inaugural function of three beginners’ courses launched by the Sathaye College in Vile Parle on Saturday, July 6, which also happened to be his 74th birthday. Professor Gauri Mahulikar, head of the department of Sanskrit, Mumbai University presided over the function.

The three independent but organically inter-related courses are Ancient Indian Culture, Buddhist Studies and Sanskrit, in collaboration with Vikas Adhyayan Kendra. They will be run as part time one-year courses during weekends and the only qualification for admission, as announced by the principal Kavita Rege is, “the passion to learn”. Sanjay Kelapure of Vikas Adhyayan Kendra revealed that the Kendra is engaged in creating an India-centric world view by promoting Sanskrit even in the neighbouring countries of the subcontinent. 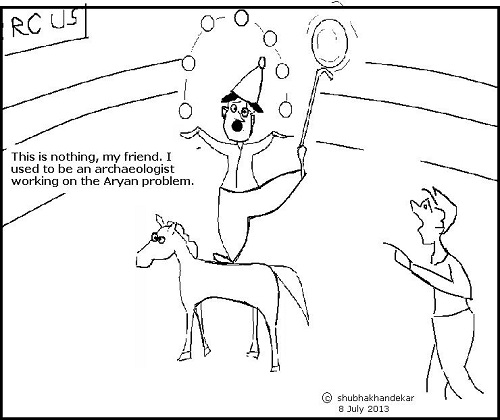 career. Tracing the emergence of the theories about the original homeland of the Aryans from the Arctic Circle to Scandinavia to Central Asia to India, Dr Jamkhedkar meandered through the contributions of the linguists, anthropologists, historians, archaeologists, mythologists and many others towards an identification of the elusive Aryans. The crux of the problem is, that although the Rig Veda constitutes the oldest extant corpus of hymns composed by people who proudly declared themselves to be Aryans, they seem to have left behind no archaeological remains anywhere in the world that can be unequivocally correlated to the Rig Vedic narrative.

Dr Jamkhedkar described how linguistic similarities were noticed by early Europeans who stepped into India and thus evolved the concept of a common Indo-European ‘mother language’ in the past. “As evidence piled up from across parts of Europe and Asia, it became necessary to search for corroborative archaeological proof of the Aryans,” he said, describing how the Bogaz Koi inscription dated to 1380 BCE, the Avesta, the Andronovo culture of Western Siberia, the domestication of the horse – an animal so highly extolled in the Rig Veda, and the soma plant – all were harnessed towards the identification of the Aryans – to no avail! 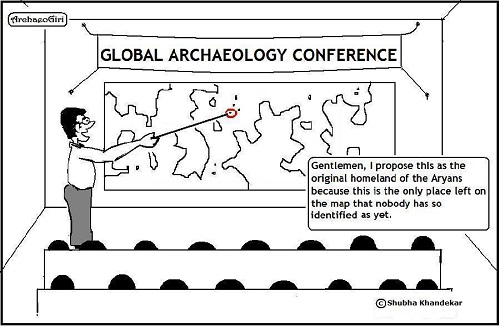 Many scholars in India, particularly Dr MK Dhavalikar, have proposed, on the basis of circumstantial archaeological evidence, that the so-called Late Harappan people, the residue of the glorious Indus-Sarasvati civilization, were in fact the composers of the Rig Veda, and hence, by inference, the Aryans.

To unlock this ‘riddle, wrapped in a mystery, inside an enigma’, a description that Winston Churchill had used for Russia, but could well fit the ‘Aryan problem’, Dr Jamkhedkar said that a thorough knowledge of Sanskrit has emerged as the main key. “For this reason, the courses on Sanskrit and Ancient Indian Culture started by Sathaye College become complementary and integral to each other,” he said.

Dr Mahulikar pointed out that since a lot of Buddhist and Jain literature is composed in Sanskrit, “political biases should not be allowed to stand in the way of acquiring knowledge of this classical language, which is crucial for unravelling the secrets of the past.”