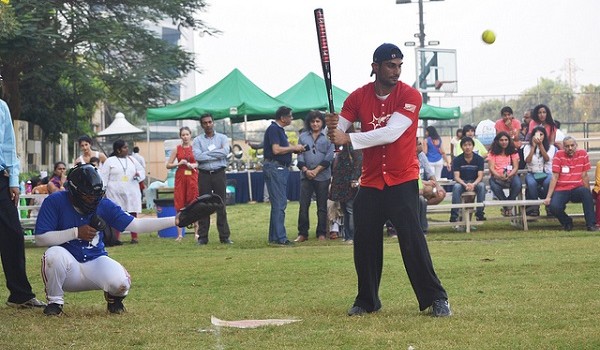 When softball comes to Mumbai

Exhibition softball match and special outdoor screening of ‘The Only Real Game’ took place at BKC on Saturday, October 26.

by The US Consulate General, Mumbai

The US Consulate General Mumbai and Namaste America co-hosted an exhibition softball match and a special outdoor screening of the American documentary The Only Real Game on Saturday, October 26, 2013.  The event was held in association with the American School of Bombay and the Mumbai City Baseball Association. 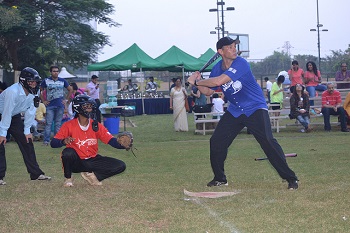 This year, The Only Real Game made its Asian debut at the Mumbai International Film Festival (MIFF).  Previously, the film was named the best Documentary Film at the New York Indian Film Festival. In honour of the film, Consul General Peter Haas, President of Namaste America Atul Nisar, actor Prateik Babbar, filmmaker Kailash Surendranath, and other guests took to the field for an exhibition softball match.  Dave Thoudam, a young filmmaker and musician from Manipur opened the exhibition match by singing ‘Take Me Out to the Ballgame’ in English and Manipuri.

After the match, the Consulate hosted an outdoor screening of The Only Real Game.  Among others in attendance were the film’s Director Mirra Bank, Producer Muriel Peter, and Indian columnist Anil Dharker.

The Only Real Game documents the work of a group of baseball-loving New Yorkers and two Major League Baseball Envoy coaches who team up with Manipuri men, women and children to share their love of the sport.