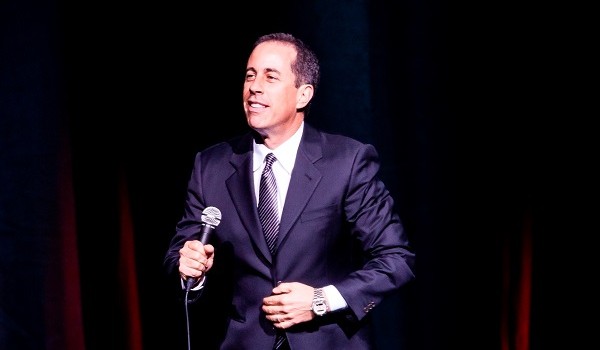 Noted comedian Jerry Seinfeld comes to Mumbai for the first time in March 2015, tickets will be sold tomorrow onward.

It’s a great time to be a comedy enthusiast in Mumbai. Entertainment icon Jerry Seinfeld is making his maiden trip to Mumbai in March 2015 with two shows at the NSCI, Worli.

Incidentally, the same venue was where the infamous AIB Roast took place in December last year.

Seinfeld is a name almost synonymous with comedy. Over the last few decades, it is a name that has reached unsurpassed heights of global popularity. And this March, fans in India will have a long-awaited opportunity to experience his work live. 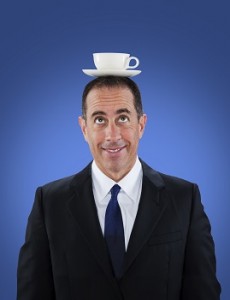 The Emmy and Golden Globe-winning comedian will perform two live shows next month on March 14 and 15 at the Sardar Vallabhai Patel Stadium, NSCI. These shows mark Jerry Seinfeld’s first ever performances in Asia. Seinfeld said “I have always been fascinated by India and its culture.  I have great respect for its people and their way of life.  It is a great honour for me to be invited to come there and make fun of it in person.”

He joins the line-up of the already underway Stage42 festival, which showcases some of India and the world’s most celebrated artists and experiences in comedy, music, theatre and food. “For many of us, our introduction to comedy was Seinfeld. He’s a comedian whose influence is impossible to understate, and it’s a matter of immense pride that we will be bringing this global icon to India for the first time,” says Arjun Ravi, Co-Founder , NH7.in

Tickets to the Jerry Seinfeld shows go on sale at noon on February 13, and are priced at Rs 7,500. Tickets will be available for sale on Insider.in.

Apart from the multiple award winning TV show Seinfeld, Seinfeld has also starred in, written and produced movies (Comedian, Bee Movie), directed and produced a Broadway hit (Colin Quinn Long Story Short), and even wrote a best-selling book (Seinlanguage) and a children’s book (Halloween). His latest project is the critically-acclaimed web series Comedians in Cars Getting Coffee, seen exclusively on Crackle and comediandsincarsgettingcoffee.com, which has garnered more than 10 million views, and which the New York Times describes as “impressively complex and artful” and Variety calls “a game changer.” He lives in New York City with his wife and three children. He remains active as a stand-up comedy performer, touring the country extensively.