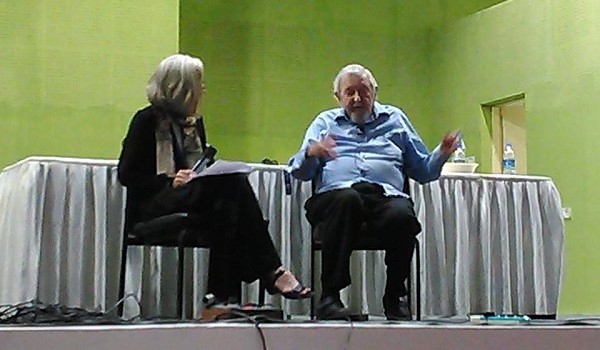 It was a ruthless demolition of the Ganges-centric view of Indian history and of a Shivaji-centric one of Maharashtara, as speaker after speaker, both eminent and green-horns, rose to recreate the enchanted and enchanting, but unsung cosmos humming with life, incredibly rich materially and culturally, in and around the rock cut caves of Maharashtra, spanning nearly a millennium of artistic activity in and around the region.

The raison d’être of this devastation process was Prof Walter Spink, eminent scholar and professor emeritus of the History of Art at the University of Michigan, Ann Arbor, in whose honour the Centre for Extra Mural Studies (CEMS) of the Mumbai University and the India Study Centre (INSTUCEN) jointly organised ‘Rock-cut Caves of Maharashtra,’ the 2-day 2nd Annual Archaeology of Maharashtra (International) Conference, at the Kalina campus of Mumbai University on January 17 and 18, 2015. The conference was part of the annual Archaeology Day celebrations pioneered by the CEMS in 2012. 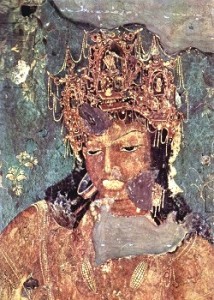 “It is staggering to see how much we don’t know,” said Prof Spink, who has just put down in seven volumes (8th forthcoming), 60 years of his intensive and seminal research on Ajanta, extolled at the valedictory session as ‘Ajanta-charita’ (a biography of Ajanta) by Dr Geri Malandra, author of The Unfolding of a Mandala, on the evolution of art forms at Ellora, who engaged him in a one-on-one at the end of day one. Asked what more needs to be done on Ajanta, “volume 9,” he replied, without batting an eyelid. He will be 87 this February 2015.

Prof Spink’s best known – and most controversial – contribution to the field, is his whittling down of the chronology of the second phase of the Ajanta Caves to a mere 15 years, from 462 to 477 of the Common Era. During this brief span political disturbance drove a frenzied spate of devotional activity, culminating in the exquisite paintings and sculpture at Ajanta, now a UNESCO World Heritage site. The assassination of Emperor Harishena of the Vakataka dynasty, according to Prof Spink, brought the carving as well as the golden age of Indian history, to an abrupt end.

Prof Spink made use of details of circumstantial evidence at Ajanta to arrive at his conclusions. His keynote address provided a brief but razor sharp glimpse into the unique nature and depth of his inquiry. He showed how his study of some 180 doors (that no longer exist) and his investigation into how they were hung, helped him establish the relative chronology of the caves with fool-proof accuracy.

Reconstruction of chronology is a major challenge for ancient Indian history because the original sources are often muddled, misleading or mum.

Of the 1200 rock cut caves in India, no less than 1000 are located in Maharashtra, because the hard volcanic basalt rock from which the monasteries, temples, and intricate carvings are made is in abundance in the region and countless poets have eulogised this region as a land of rocks. “Rock cut art of Maharashtra has played a major role in the development of varied art forms all over the Deccan and beyond,” said Dr A P Jamkhedkar, former director of state archaeology and renowned scholar of art history, Jainism, epigraphy and archaeology. “And it is Walter’s phenomenal energy, methodological precision and passion that have inspired two generations of scholars to explore the vast pre-Shivaji and extra-Gangetic span of history, which we can see blossoming with such extraordinary vibrancy at this conference.”

Prof Spink is admired and respected as much for his academic integrity and methodological purity as for his endearing simplicity and gentle, overabundant sense of humour. Every speaker had an 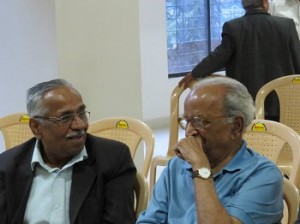 anecdote or two of his or her personal encounter with Prof Spink to share with the audience, showing the warm though professional bonds he has forged and nurtured over the past six decades. Thus, while Prof M K Dhavalikar, former director of Deccan College celebrated the golden jubilee of his association with Prof Spink, Dr Alone of JNU, who disagrees with Prof Spink on many issues, recalled how the octogenarian harangued him into reading up before coming for discussions at the now famous site seminars initiated by Prof Spink. Dr Kurush Dalal of the newly set up Centre for Archaeology at the CEMS recalled how Prof Spink pointed his flashlight at a small fragment of a chisel, left in a dingy corner of a barely begun cave at Ajanta by an artisan some 1500 years ago, and Dr Manjiri Bhalerao gratefully acknowledged that it was Prof. Spink’s work that drove her up rocks and into them.

Indeed, boundaries of time and space dissolved as the romance of rock cut art and its derivatives in lands as far as Sri Lanka, slowly unfolded before the rapturous audience. Dr Shreekant Pradhan’s presentation magically transformed the paintings of Ajanta into the sculpture of Amaravati and vice versa in a seamless blend, while Dr Anura Manatunga of Sri Lanka transported the audience to the emerald island to witness the debt that Sigiriya owes to Ajanta. Dr G K Mane credited the origin of rock cut caves to the preliterate megalithic societies in Vidarbha while Dr Abhijit Dandekar showed how sculpture nails down the rise of monks as intermediaries between Lord Buddha and the lay devotee. Dr Viraj Shah showed how the Jaina caves were sustained more with popular support as against the royal patronage received by the Buddhist caves whereas Dr Tejas Garge elaborated on the rock-cut moat around the Daulatabad fort, the one and only instance of traditional skills of regional craftsmen being harnessed for the first time for a military purpose during mediaeval times.

This explosion of scholarly activity is indeed a tribute that Prof Spink has richly earned. One hopes fondly, however, for the day when academic knowledge would become popular folklore, and that’s when scholarship will be truly vindicated.