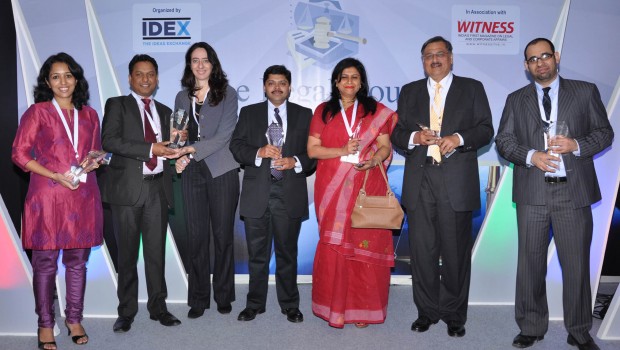 The Ideas Exchange, in association with Lex Witness, presented the 4th Annual Legal Counsel Congress in Mumbai focused on helping General Counsels and Heads of Legal work towards attaining greater operational excellence and preparing them for the legal department of the future. The evening also hosted the second edition of the Legal Counsel India Awards at Hotel Trident BKC; the awards recognise and honour excellence amongst the corporate legal fraternity.

The conference was chaired by Nilanjan Sinha, General Counsel, GE Capital, who introduced the Chief Guest, The Honourable Former Justice Deepak Verma, Supreme Court of India. Justice Verma briefed the legal counsel on strategies for effectively partnering with the Bench in order to expedite the judicial process for the benefits of the Indian legal system.

Speaking on the occasion, Vikas Vij, Managing Director, The Ideas Exchange said, “The Ideas Exchange is committed to working with business leaders across sectors and business functions and focused on delivering knowledge based platforms for a discerning and informed industry to ideate and enable business exchanges in a creative, efficient and responsive manner.”

Some of the prize winners:

BPCL, Best Employer of the Year

Persistent Technologies, Best Use of Technology and Innovation Award 2013

Siemens, Team of the year